- April 08, 2018
Lots of food and lots of family fun is planned this week, hopefully, they will both mix and we'll end up happy, fed and ready for what life throws at us! 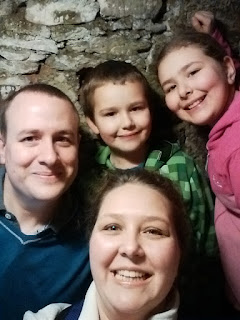 When we were on our way home last night we all fancied burgers, but by the time we actually got home, it was way too late for burgers. So we had them tonight!


We're having a roast, with a variation today. We have sliced potatoes, with onion, garlic cloves with Chicken thighs placed on top. The juices from the Chicken and onions flavour the potatoes, as does the Garlic (and Rosemary which we sprinkle on the potatoes) and as we'll serve it with Carrots and some other vegetable that we have hanging out in the freezer.


This week I asked Top Ender for some meal suggestions and so it shouldn't have been a surprise that Jacket Potatoes made it to the list. I was surprised that she picked beans and cheese instead of Tuna!


Originally I had planned to just have Steak with Salad, but Flyfour decided that this would not be filling enough, so I thought I could add some cubed potatoes to the meal too. This would allow both Top Ender (who doesn't like Salad) and Flyfour a little more sustenance! Dan Jon and I would just have the Salad with Steak and call this a Carb free meal to test his basal rates.


Top Ender thought it would be nice to have Chicken Soup tonight, Flyfour wanted it to be creamy rather than a broth (basically he didn't want me to make him soup!) so we decided to pair it with sliced and buttered French Stick and if anyone is still hungry after, well then we have plenty of fruit available.


We decided a few Toasties would be great tonight, but we didn't want plain Toasties and so we thought that we could have a mixture of Cheese with slices of Red Onion or Tomatoes and I'm sure I can whip up some sliced sausages too!


When we were out last Friday, for some reason meatballs kept being mentioned and so I decided that we'd have them tonight. We're having BBQ Meatballs with rice. Yummy right?
Family Life Food Main Meal Meal Plan