- December 13, 2019
There is nothing as British as going to the Theatre to watch a Panto. The mixture of risque humour, slapstick comedy, songs, terrible Dad jokes, cross-dressing, dance numbers and audience participation is really as British as it gets and getting to go each year after being invited by Milton Keynes Theatre is a tradition that the A Mother's Ramblings family love! 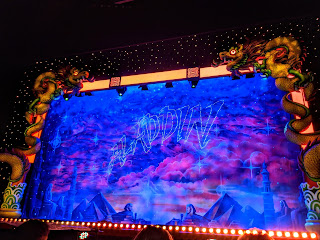 The panto this year at Milton Keynes Theatre is Aladdin, and of course, it follows the familiar story. Poor street rat, whose mother is a washerwomen and actually a man and brother is is possibly a sandwich short of a picnic, falls in love with a rich princess, but he can't marry her because he's a poor street rat. Poor street rat then gets tricked by an evil magic bloke into going in a cave and gets locked in, where he finds a lamp, gets rich, loses lamp, defeats evil bloke, regains lamp, marries the Princess and all is well.

I really enjoyed the panto, it was funny, it was well staged, it was well costumed and there were a couple of twists that gave it a more modern and dare I say it feminist appeal, which honestly didn't feel like they were shoehorned in, but felt like a natural addition to the tale and probably how it would have gone down anyway... well if it was real and not a story and we all started randomly talking to people who were watching our lives unfold. 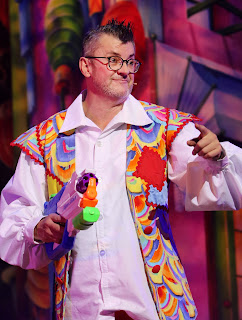 The great thing about the panto was whilst last year, Dan Jon was able to understand some of the more adult jokes this year he was laughing so hard, I honestly thought he was going to wet himself! The best part for him, was a moment with the magic carpet and has had us both cracking up as his impression of the moment is eerily accurate!

It doesn't matter how old your family is, it's never too late to start a new tradition of going to the theatre at Christmas to see a Panto. For Milton Keynes Theatre, the best availability before Christmas: Friday 20th December at 7pm and I'm pretty sure you'll find it is totally worth it!
Christmas Family Life Review Theatre