We knew that we were doing the right thing, as Moses was so ill and it was cruel to make him keep struggling each day, but it was still a hard choice because Moses was our baby. We'd had him almost since we were first married, he'd been with us for two house moves, for two babies and almost all of their growing up, for celebrations, new jobs, Christmases and birthdays. 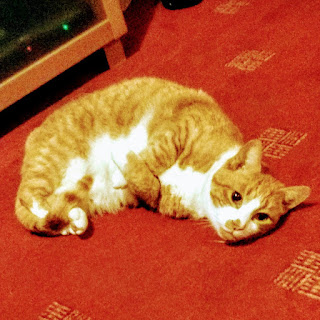 Moses was seriously a great cat, he was the only cat I've known that enjoyed laying on his back, with his arms crossed as if he was playing dead. He loved to sit on your lap and be stroked, actually, he just loved to be stroked no matter where he was, but only Flyfour could get away with cradling him like a baby.


A week after Flyfour had made the late-night trip to the Vets, we received a card in the post. 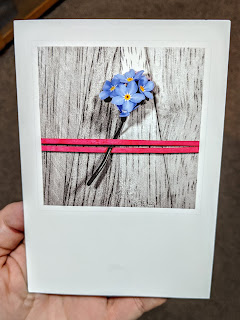 As you've guessed, it was a condolence card and inside was a packet of forget-me-not seeds for us to plant. It was a sweet little touch, even if it did have me bawling like a little baby.
Family Life Illness Pets