Illness, Boobs And Me

I'm impatient and I'm not very good at resting even when it does mean all I'm supposed to do is sit there and watch TV or read or have a sneaky snooze. I don't like taking medication, even when it's important or a quicker way to recovery. Sure, I can talk the talk and insist on the children taking their medication (actually Top Ender's ASD is great for this because routine is key and Dan Jon wears his medication, so has no choice but to take his at the right times!), but when it comes to me?

Well, I'd rather not take the medication, especially not with any regularity.

A couple of weeks back I was feeling a little off, so I did what all normal people do. 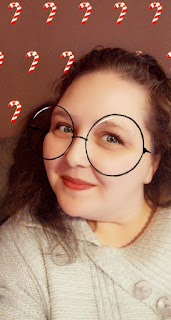 I complained a little (Seriously it was a little!) to my co-workers on a Friday afternoon.

I actually thought that this was the start of my period, my breasts were a little tender and well there were other signs too, I was grouchy and a coworker was suggesting that she was due on and maybe, the office was syncing up?! My period would be early, but hey I can cope with early, especially with all the warning signs meaning I'd be prepared.

Fast forward to the Sunday morning when I could no longer pretend the pain was just normal hormonal pain, there was discharge coming from one of my breasts and I realised that my temperature was up. Like to the point that I had a fever... yeah not normal.

So I called 111 and spoke with a medical practitioner who quickly arranged an appointment for me as I had symptoms that meant I needed to be seen within a few hours. A few hours later and the Doctor prescribed some medication (antibiotics, so I knew I was properly ill, you don't just get those for being a little bit sick!) and gave me some advice to return if my temperature when over 38.5, if I got the shivers or if I could feel a lump in my breast.

Turns out that some bacteria had made a home in my right breast and had incubated a little and spread into an infection and this was what my pain and the fever were being caused by.

So, now the Doctors are working on working out what caused the infection which means I get to have my boobs smooshed and prodded and scanned and whatever else is deemed medically necessary until they have an answer, or as my doctor explained it to me until they have ruled out all the bad answers as they might never actually work out why I had the initial infection.

I have faith that all will be well and will keep you updated once I know what is going on.
Family Life Health