A Brand New Day In The Neighbourhood

I watched "A Beautiful Day In The Neighbourhood" at the weekend. If you haven't watched it, I highly recommend that you do, but have a box of tissues nearby because you're going to need them.

In case you aren't aware, the film is about a true event, but fictionalised too. It feels very much like the books "Tuesdays with Morrie" or "The Midnight Library". It's soft, and allows you through the safety of the characters to explore your own faults and issues and remind you that no matter what mistakes you have made it is never too late to apologise and start again. 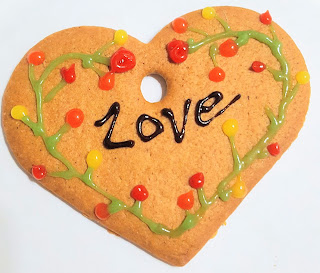 It's about a journalist who is assigned to meet with Mr Rogers and interview him for a magazine article. As you may have guessed, the journalist has a lot of issues that need to be worked out and through meeting with Mr Rogers he works on those issues and becomes a better person.

Being British, Mr Rogers wasn't really someone who I knew as well as it seemed the rest of the internet did. Obviously I know of him, I know of his ability to speak to children (and adults) about hard subjects in a way that makes it easy for them to understand and I have a sort of love for him for being part of the trinity of wholesomeness (along with Bob Ross and Steve Irwin) even though he wasn't part of my childhood.

Since having watched the film, I have read everything I can find on Mr Rogers (and his wife Joanne who seems to have been just as amazing as Mr Rogers) and have realised that we should all be a little bit more Mr Rogers.

There's a moment in the film, which I've found repeated in interviews, where Joanne talks about her husband in a way that I think we should all take to heart.

Lloyd Vogel: [referring to Fred] So how does it feel to be married to a living saint?
Joanne Rogers: You know, I'm not fond of that term. If you think of him as a saint, then his way of being is unattainable. You know, he works at it all the time. It's a practice. He's not a perfect person. He has a temper. He chooses how he responds to that anger.

None of us are perfect. Even Mr Rogers wasn't perfect, he had to work at it.

We need to work at it and we have a brand new opportunity to do that every day and I hope that you'll join me in attempting to be a little more Mr Rogers everyday.