I wrote a little on Pippa World about my "new" lifestyle, but I don't think I have properly recorded on any of my social channels about my motivation and reasons for suddenly changing my life last summer and because it is so important, because it is such a big change and something that I think that other people do want to know about (in their secret searches in the middle of the night when they, like I used to try to work out if they can change their life, if they can change their outlook, if they can lose weight and learn to like exercise!) I thought I should share my story.

Every summer, I always try to change my health.

Six weeks is twice the amount needed to form a habit, so it should be easy to lose a stone in that six weeks right? So that when I went back to school runs, back to work that people would look at me and see that I'd changed and I'd have a glow up. 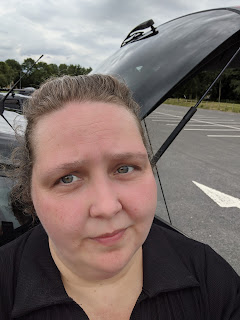 This year I was smart enough to realise that maybe I needed someone else to help me if I wanted to achieve the goals I was setting for myself and so whilst I set plans about going for a walk everyday and cycling and swimming and maybe even running a few times what I actually did was look for someone to help me.

I saw an advert on Facebook for a women only fitness group and before my brain could engage and tell me this was a bad idea I had registered my details as a registration of my interest. It was only after I'd done this that I realised I had a tenuous connection to the fitness instructor, as her daughter came to the Youth Group I ran at the time and I was horrified.

The next morning I had a phone call with the team and hoped they'd accept me as part of the programme. We talked about what I wanted, about what I had tried in the past, why now, why this programme, what I hoped to achieve.

I had answers, answers that came straight from my heart, I hadn't expected questions like this so I hadn't been able to prepare answers. I don't really remember what was said, but I do remember that one of my goals was to be able to put my underwear on the washing line.

You see, I'm convinced that people look at my washing on the washing line and see my huge ass underwear and judge me. I know, I'm right up my own butt there, but it's a legitimate fear that I have. The lady on the phone laughed hard at this, not in a mean way, but because it was one of the most unusual end goals she'd ever heard.

I was accepted and then the following Monday, I found myself standing outside a dance studio ready to work out for the first time with a bunch of people I had never met and a woman I'd only seen a few times dropping off or collecting her daughter.

Actually that isn't true. I loved it after it was over.

I felt like I was going to die the entire time.
I felt like everyone was looking at me and thinking how fat and unfit I was.
I hated looking at myself in the full length mirror that was opposite me.
The hardest part was walking down the stairs after the session was over.

I was ready though, I was ready to make the changes and so after dying on the sofa for a couple of hours after the session was over and not being able to move the entire next day to the point where I had to buy a foam roller, I was ready for my next early morning session the day after.

And that next session was easier.
And my recovery was quicker.

And the next session was easier.
And my recovery was quicker.

And so it went on over the summer, with me going three times a week to a HIIT class and slowly seeing my body changing. Seeing muscle build. Seeing weight come off. 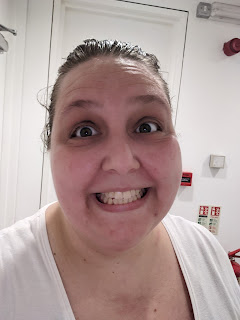 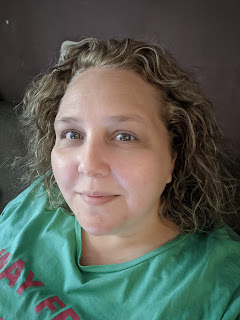 It also meant that six weeks later I looked different.

I got my six week change.