What We Are Eating This Week W/C 7 November

- November 07, 2015
So, my diet of the last week has been pretty successful and I've lost a chunk of weight that I am very happy about! This does mean yet again that I'm not eating the meals that the Children are going to be eating, and thanks to a lovely friend who has been sharing her evening meal ideas for a family of four without going over a budget of £5 per day I've decided to do something similar for the next few weeks by trying to make meals to a smaller budget than I normally work to.

Here is what we are eating this week.


This is a really simple meal for a Saturday night and one that the Children and Daddy love. Knowing Daddy he'll serve this with Baked Beans (I would have served it with peas) and hopefully a couple of slices of bread each so the Children and him can make either Fish Finger or Chip Butties!


Yeah, I know. The thing is I'm hoping that if the family have Sausage and Mash I can live vicariously through them and sniff the goodness! Daddy will serve this with peas and carrots and plenty of gravy. If he doesn't I'll hunt him down and teach him a thing or two about the amount of vegetables he should be eating! 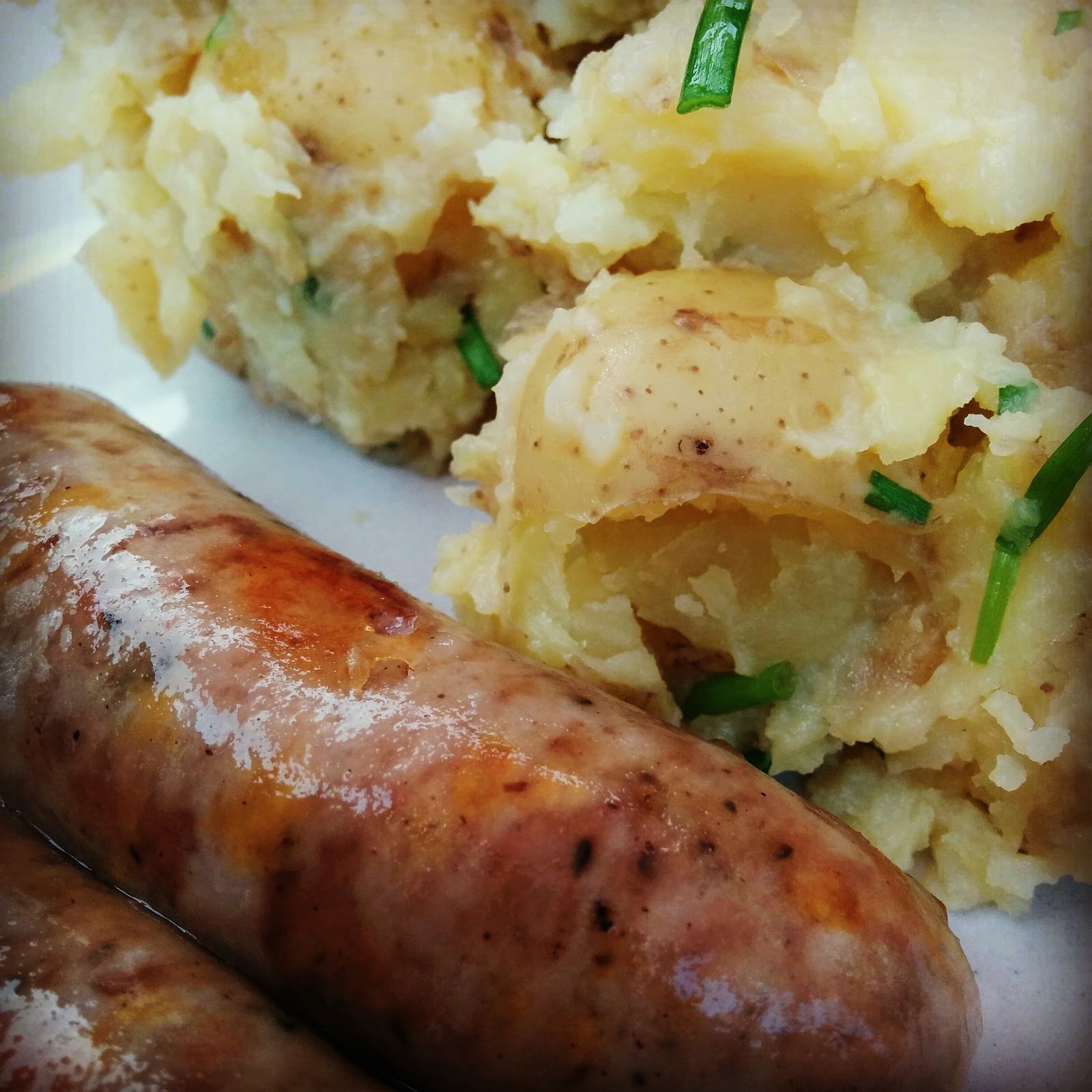 
I'm probably going to chop the Ratatouille up a lot more than usual for this, that way the Children will hopefully complain less and just eat this lovely meal!

I'll follow it up with a pudding of something... hopefully Daddy will have made some cakes during the weekend!


Plain Boiled Potatoes are probably one of the easiest ways to cook potatoes, but to be honest I don't serve them that often because I think of them as a little boring... even if they do taste great!  I'll probably serve this with Roasted Carrots or as I'll tell the Children Carrot Fries as they sound way more special that way right?

Wednesday - Eating With my Mum Fish and Chips from the Takeaway

We have a brilliant Chippie near us called Deep Blue. One of the reasons we love it so much is because on Sunday and Monday's they do Gluten Free batter on their Fish (you have to ask for it, it isn't just done on all the fish). The other reason we love it is because they cook the chips in a separate fryer (as is the GF one) so the Chips are at really low risk of being contaminated too! Anyway. Daddy isn't eating takeaway tonight, but my Mum and the Children are!


The Children are having Mince with gravy with some vegetables thrown in to the gravy and mince (and hidden well, some chopped swede, some parsnip, some peas and carrots and some tomatoes too) and then served with Yorkshire Puddings.


We have some Goujons leftover in the Freezer from the Halloween meal I made with Whitby the other week and so I'm going to serve those. They are quite "posh" to my mind because they have a lemon and pepper seasoning which the Children surprisingly didn't notice. Serving it with the Sauteed Potatoes again makes me think I'm classing it up...

I'm going to fry some slices of courgettes and season them with some more lemon and pepper (to mirror the goujons) and sprinkle some parmesan on top. Hopefully the Children will think they taste great and not turn their nose up as they usually do with courgettes!

So that's what we're having this week. How about you?
Food Main Meal Meal Plan