I'm used to it now

I'm used to the looks the other parents give me after seeing my childs name in the newsletter for having reached the next reading certificate in the ongoing reading challenge.

I'm used to the not so subtle questions the other parents ask about what we do after school and how many out of school activities we take part in. 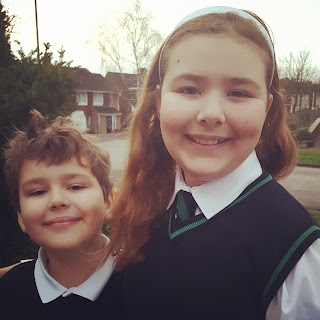 I'm used to the even less subtle jibes about how parent A works full time and how by the time they get home and feed the family it's time for bed.

A few weeks back, Dan Jon Jr and I were totalling up how many reads he had done over a Half Term holiday and an inset day and writing it into his Home Contact Link Book. It was a simple sum, 7+1+ whatever the last reading total was, but it was early and my brain wasn't quite in gear and so I asked Dan Jon to check my maths.

I so should have lied and said it was a teaching moment shouldn't I!

It was my own fault that I was doing it outside of his classroom door, I'd forgotten to do it before we had left for School and so I was taking advantage of the two minutes we had before the bell went to update the total and of course another parent was standing nearby and heard our exchange.

"Oh wow. He really is far ahead of you" the parent said to their child, sending them to the cloakroom laden with bags, coats and lunch boxes as I had done with Dan Jon just a few minutes before.

It got my hackles up.

The way it was said was as if they were belittling their own child, but at the same time it was obvious that the resentment in their voice was aimed at Dan Jon Jr and I. I smiled politely, knowing what was coming next and knowing that short of sprinting out of the School playground there was no way to avoid it.

The next few minutes of conversation were one sided, where the parent explained that they and their partner both worked full time, that their children were so tired after their weekly swimming/Brownies/Beavers/gymnastics/art lesson or whatever else it was that they did. 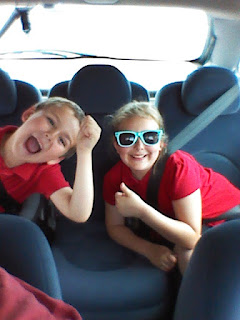 The converstion (well really it was a monologue) resulted in the parent telling me that by the time they had eaten an evening meal, it was time for bed, and any suggestion of reading at this point of the evening was met with anger and tears.

I wasn't sure if the anger and tears were from the children or the parents, but thought it best not to ask.

I kept quiet, mainly because I know that all parents are doing their best but also because I've learnt that it's easier to let other parents think that I do nothing all day rather than get into a "who is more busy" off with them.


Yes, for the most part my job involves me messing about on the internet, and I do this from home between doing the housework and trying to exercise and visiting with friends and family.

I'm also a volunteer governor at two schools, the primary president at Church, a volunteer at School, I go on all the School trips and I'm always near a phone in case there is an emergency relating to Dan Jon's Diabetes.

I ferry my children, and occasionally their friends, to and from after school clubs, music groups, church groups, the library, the park, the swimming pool, the cinema, the museum, various parks and friends houses.

Just like countless other parents up and down the country and all around the world.

I know however, that reading is important and in our home it is also a beloved pastime, so we have made it a priority.

And so every morning we read our Scriptures together and every night when we get home from School, we read.

We also practice our spellings, we practice playing our musical instruments, we record videos and do crafts together and play video games and do our homework and watch a little TV. We go to our groups and clubs and spend time together. 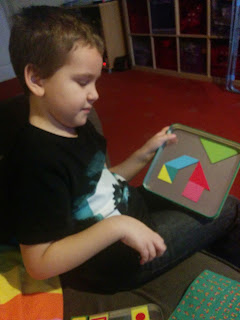 We study our Scriptures and record in our journals and talk.

We talk a lot.

I mean a real lot.

Yet, this isn't the point.

The point is that my priorities are different from yours and it doesn't matter if my family and I are busy every night of the week, one night a week or any of the combinations between.

We're all doing our best.

We're all trying to help our children be their best.

We're all trying to teach our families to enjoy life and making them feel loved and safe. 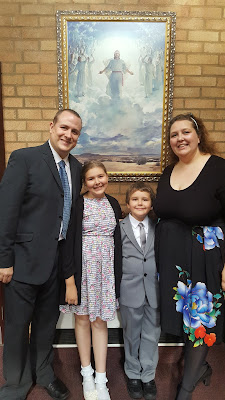 So once more I find myself in the position of wishing I could tell every parent on earth to stop comparing themselves to other parents.

To stop putting other parents down to make themselves feel better.

And to stop worrying that other children appear to be "ahead" of theirs in the nonexistent educational race!
Books Family Life Hobby School Technology