- August 01, 2020
Another week is gone, and yet we have another week of meal plans and another week of feeling like this year is speeding by at twice the normal speed but also taking four times as long to move through. It's almost like the entire world is walking through Treacle, but at the same time skiing downhill. Luckily we can make life feel a little longer, by taking the time to stop and smell the roses, to be mindful of the little moments that make the week special, to take time out to do something special and most importantly with all the alarms turned off! 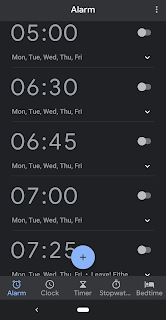 Top Ender tried to get us to have this together this last week, but I knew that she and I wouldn't be able to pull off the Naan Breads that he seems to have perfected. I hope that he won't mind being put to work to make the meal!

I said to Flyfour we were having a Nando dish last week and he got really excited and wanted to have the meal with Coleslaw and seasoned fries and everything that Flyfour and the rest of us love. I guess that means corn on the cob for Dan Jon and Top Ender and Potato Salad for me, which yes I know you don't get at a Nando's but I love it and so I'm going to have it!

Whilst hunting in the cupboard I found all the ingredients needed, so figured I should use them up!

We had chips from the chip van the other day and they were so lush, that we decided to do it again this week. I just hope the children don't mind that I'm going to serve it in the paper and make them pretend we are at the seaside!

We're having a carb free night, Dan Jon is going to hate it because it's Omelette's, but guess what? I don't care because I really want a nice fluffy omelette!

Thursday - Chicken and Rice One Pot

I like make one pot dishes, as they are so easy to clean up from. For this dish, I layer rice on the bottom of a dish, cover it with chunks of carrot and red onion or sweet potato, chicken thighs and some chicken stock and let it cook in the oven.
Not quick, but definitely tasty!

I wanted to do another veggie meal this week and decided on Lasagne because it is a family favourite. I'm not going to point out that it is a veggie meal, however, just let them discover themselves (well Flyfour is reading this so will know) and hopefully there won't be too many complaints!
So that's what we are eating this coming week. How about you?