Our food challenge starts this coming Monday and thanks to the lovely Top Ender sitting with me and helping me plan a few meals, I've managed to come up with not only this week's meals but meals for the entire month of February!

Here are the meals for this week. 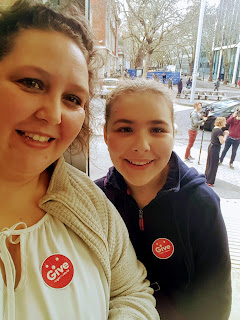 Dan Jon decided we were having Caulifower Cheese and Roast potatoes but it was Top Ender who decided that we should have gammon steaks too.

I may or may not have the chicken with my pasta, but for Tops and DJ there will be a little bacon added with some chopped tomatoes and some cheese too. I'll add some onion for me and some mushrooms too.

I'll make some wedges before Rainbows starts, and then bake them along with the fish so that the children and I can eat between Rainbows and Brownies. I might flavour them, or I might just make them plain and allow the fish to be the flavour!

I'll serve with some veg (probably peas) and slices of bread.

I love Toasties. They are amazingly easy, tasty and when added with Tomato soup even better! I'm going to roast some tomatoes, along with some garlic and maybe some potatoes and then blend it all together to make some soup.

The children have said they'll have bacon in their toasties, but I'm just having cheese and probably a little pesto in mine.

Top Ender wanted Burritos, she said it would be a good meal to end the week on. We're doing beef for Tops and Flyfour, chicken for DJ and I'll take a bean and rice mix in mine.

So that's what we're eating this week, how about you.