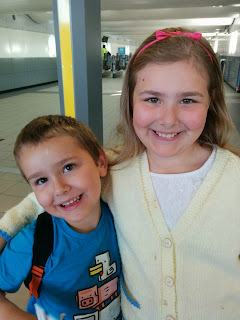 Other people tell me that the children are great, but I can't believe that. For example, take the Children's teachers, if you are friends with Teachers, then when they say something complimentary about your child, you kind of don't believe them. There are two teachers who, if say anything to me about Tops being smart, I'd wave it off, a sort of "Of course you'd think that, we're friends".

And then Top Ender comes home and tells me she took all the level six SAT's exams and I think, well I know the Maths one was because she is good at Maths, the others must have been because they entered all the children who obtained a certain score in the year, because whilst yes my daughter is funny and smart and clever I think that because she's my daughter.

And suddenly it hit me.

My daughter is that smart and clever.

And I think back at the comments all the teachers have made to me over the years about how wonderful and clever Top Ender is. I think back to my friends who are teachers who absolutely adore Top Ender, who have made nice comments over the years and I realise that they aren't just saying it because they adore her. They are saying it because they see my daughter is special.

They see my daughter.

And now I see her too. 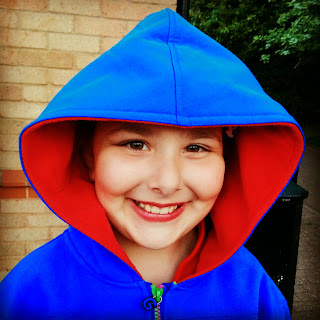 My clever and smart and adorable and funny and talented and beautiful daughter.
Family Life