The Third Week Of May

- May 23, 2015
I'm writing this whilst watching Eurovision, which can only mean it's the third week of May! As normal, Daddy, Top Ender and I are watching Eurovision (daddy and Top Ender are downstairs scoring the acts on choice of costume, performance, song and generally just how much they like or dislike them! Daddy is normally pretty accurate, but then again he has loved Eurovision for a lot longer than I have.

The Third Week Of May


The weekend was a great family time. Daddy, the children and I did all the jobs we normally do, and on Sunday I had the privilege of attending a birthday party with BB (just in case he had a low or was high or whatever). It did feel really odd missing Church, but we had a good day and I got to hang out with several children who I've got to know quite well over the last couple of years thanks to popping into School at regular intervals. One of the other Mums who stayed with the group took the most amazing photographs, I might have to get her to be my personal photographer!

We started the working week off knowing that this was the start of the countdown to Top Ender's last few weeks at her current School. When she goes back after the half term break, there will only be six weeks until that's it... lower school is over. 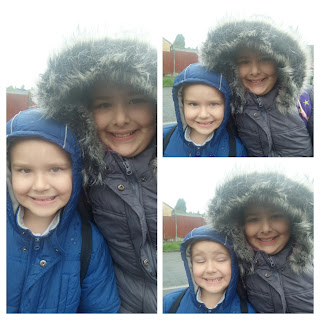 I'm actually quite scared by it all, I mean I know that Tops is ready for the challenge, but I've loved having the School within watching difference, within sprinting distance, within possible hearing my child shriek on the playground at lunchtime distance... and this is going to change.

I was phone less on Tuesday, so had to borrow Top Ender's phone. I was phone less as Daddy took my phone to CEX to cash it in so I could get the Google Nexus phone again, which I had passed on to Top Ender. I'm not just an Android girl, but a Google Android girl apparently!

Wednesday night had us at Top Ender's last and Big Boy's first School concert. I have video, but I'll need to edit the other children out as the Youtube face blur tool isn't the greatest even by their own admission.

Thursday had us running about like the busy bees that we are. I had to magically be in three places at the same time and somehow I managed it! You see I had to drop BB off at Beavers (and hang about outside so he gets his independence whilst still having the safety of me being around), take Top Ender to her meeting about her upcoming School residential trip and pick Daddy up from the Train Station, whilst also picking up BB from Beavers...

Friday had the children eating a brilliant pizza from Domino's that they had created (we got a free pizza for it, see the upcoming blog post for more details) and generally they were being lovely to each other whilst I slowly started succumbing to the cold I'm suffering with.

And that was our week. How has your's been?
Family Life