- June 25, 2016
What a week we have had. Well, not a week really just a couple of days I guess that were way more emotional than I thought it would be. I'm actually writing this post Wedding (it was a fantastic event and if it was my wedding I'd talk way more about it, but it's not so I shan't until I have permission) and have set up camp on the Sofa, watching White Collar (It's a great show right?) on Netflix whilst my lovely husband is cooking our evening meal...

Which leads me on to our meal plans! 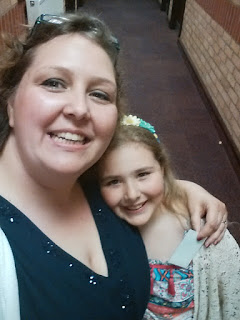 
We love this meal. We marinade Chicken Breasts, or Chicken Thighs in BBQ Sauce (we buy one because we're cheats! We like a Heinz one as it's a good price and gluten free and tastes great with Chips!).

Anyhoo, even after the TONNE of food we ate at the wedding (Tops was a BIG fan on the sweets on the tables especially as little sweetie bags were provided for you to make your own little selection up) we figured that the Chicken Burgers would be a good choice.

And we hadn't had them for a while.

And they taste good.


We had this a couple of Sundays ago, it was one of the best MEALS we had had for a while and because it was so tasty and relatively cheap we decided we would have it again today. 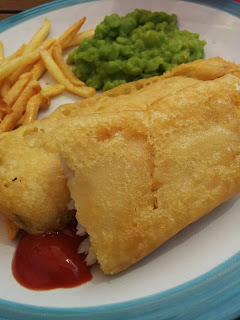 Actually, Flyfour decided we should have it today. I wanted to go with something a little more exotic like the Crab Linguine that I loved (everyone else didn't though) or maybe something else that we had back in February, but unfortunately Flyfour won.


The Children and I were talking about buying something pre-made from a Meat Free selection because we were getting bored of the Veggie meals that I could think of!

So I found a Veggie Toad in the Hole, and figured we'd have that this week and would make our own in a couple of weeks!


Dan Jon Jr and I are off on a School Trip today, so I'm throwing some mince, spices, tomatoes etc into a slow cooker and letting it cook all day and turn into a Chilli.

Yummy, yummy, get in my tummy.

Wednesday - Egg and Beans on Toast


On a Wednesday I spend some time with my Mum. The only problem is, that nine times out of ten we end up eating something other than what I have planned because we're running late or my Mum buys something that the Children might like.

Anyway, I figure if we don't have the Egg and Beans for our evening meal we would be able to have it for breakfast one day and so all would be good!

And this week is no different.

We thought, (Flyfour and I) that it would be fun to have a pizza bar and let everyone just make up their pizza how they wanted it and then cook and eat.

So that's what we've planned!  What are you planning on eating this week, or what recipes have you seen recently that you are wanting to try out or are wanting someone else to try out first?!
Family Life Food Main Meal Meal Plan