- April 18, 2020
It's already midway through April, and as I'm writing this the UK Government have just said that our lockdown will be extended for another three weeks. I know it is hard, but I am so grateful to people who are following the rules because it means that people like my Mum and my in-laws are kept safe and honestly that is the most important thing to me right now.
Our meal plans for the week are based upon what we have in the freezer, fridge and cupboard although I do need to go out to get Fishfingers as I had a sudden craving for them and I blame my Mum as she reminded me of them! 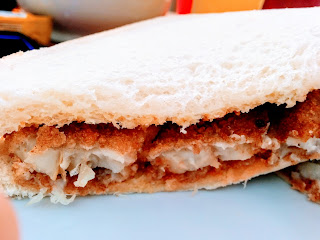 Who doesn't love cowboy casserole? Sausages, beans, potato a bit of bacon and some onion along with tomato and I'll probably end up throwing in some mushrooms or peppers or even some spinach to make it a little more filling.

I was trying to think of a meal that we like and was something we'd all sit together to eat and this was the only thing I could think of that went with all the ingredients we had in the house.

I said my Mum had made me fancy Fish Fingers and so I decided Fish Finger burgers were the way to go. We'll have these along with some wedges.

Dan Jon has some homework to do, he has to prepare some food from a country that speaks Spanish, so I figured a little bit of Mexican would be good as A I know how to make it and B I'm pretty sure that even if Spanish isn't the official language of Mexico that they still speak it!

Basically, we are taking the food from last night (of which there will be leftovers), adding some beans and lentils and wrapping it in wraps so we can eat it as a burrito!

When Top Ender was small, she only ever wanted to eat Broccoli and Pasta, not the homemade stuff, no the pasta and sauce version. Luckily these days she's not quite as fussy, so we'll make some together this evening, and hopefully, there will be enough for leftovers for me to have as lunch at work tomorrow!

We had a Chinese take away last week (It was Top Ender's reward for tidying up her bedroom) and the one dish that Dan Jon had wanted was Egg Fried Rice, but for some reason, they forgot to send it! Dan Jon was a great sport about it however and so I thought I'd make something similar for this week but without the egg, as Flyfour is allergic and I'd rather he didn't have any!
So that is what we are having this week, how about you?
Family Life Food Lockdown Main Meal Meal Plan