- July 11, 2020
This is the last week of school, which is weird because obviously for so many children up and down the country they haven't been at school for ages because of the lockdown. It's not the last week of school for me though, because I get to work for a few more days over the next few weeks, but I'm going to make sure that I do get a break somewhere. I think maybe sitting in bed and not doing anything is the way to go forward! 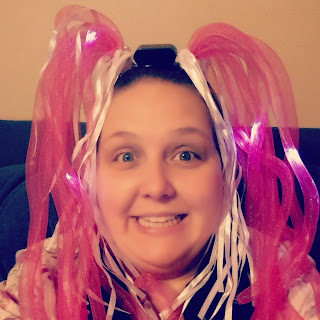 Poor old DJ, tonight is a carb-free meal. I do feel bad. Sort of. Dan Jon did mention that he likes chicken as it's one of the only meats he is okay with the texture of and it's the only meal that we could really have as a carb-free meal because DJ hates eggs and Flyfour can't eat them so it's on the plan!

I have no clue what Flyfour is going to make, I'm leaving him to do the shopping for it so it won't really be a surprise as we go shopping together, but it sort of will because I'm not deciding! I won't be surprised to hear Flyfour asking Top Ender to make some Yorkshire Puddings though, as the child seems to have amazing skills at gluten-free baking getting rises off cakes like Flufour and I never have. Now I'm really looking forward to it!

We didn't have this last week because my family revolted. As Top Ender cooked though (Sausage and Mash) I really didn't mind! I've decided to not do a sauce with the fishcakes, but to do a "wet" veg side dish. So I thought something like a cauliflower cheese or a ratatouille.

I know that normally after a Diabetic Appointment, we have a McDonalds, but I wanted an excuse for chorizo sausage and as it's Flyfour taking Dan Jon I just get to "pretend" that I forgot because I didn't go to the appointment. I'm only putting it with rice because we have a load in the cupboard. I'm really not a big fan of rice!

Top Ender has been suggesting that she'd like to make a Pasta Bake, so tonight is her chance! I'm going to give her a few different options, some mince, some chicken, some veggies and some other bits and pieces and hopefully, she'll pull everything off and make a fabulous meal.

I think it is only fair if Top Ender is cooking, that Dan Jon does too. Seeing as he loves making wraps, and is rather good at it too, I figured that would be the best bet! I'm going to get him to make a Salsa too, which will be easy as we have a blitzy cup thingy that he can chuck everything in to make the Salsa.

Breakfast for dinner is the best. I'm actually really excited because it's the last day of term, it's the start of a three day weekend (for me at least) and this is the start of it for me! I'm going to have extra hash browns, extra sausages and extra bacon. And extra eggs and extra toast. And a really large glass of Orange juice. Oh and Mushrooms. LOTS of mushrooms.
Sot that's what we're eating this week. How about you?
Main Meal Meal Plan