The most disgusting thing I have ever done...

- February 16, 2010
I read a post earlier this week on Notes from Lapland asking for stories as entries to a competition with the theme What's The Most Revolting Thing You've Ever Done?

I couldn't think of a single thing. I mean sure there was a dodgy meal in France when I was ten or eleven that I think was horse casserole and there was the film Van Wilder: Party Liaison with that scene with the dog and the eclairs and left me never wanting to eat popcorn in a cinema again.

Anyway today I did something that really and truthfully is the most revolting thing ever. I don't care about giant roasted ants, slugs in the sink or even eating whole snails, this is all of those and some.

This is not the post about finding Baby Boy with smeared poop from his nappy everywhere, and then finding it in his mouth too and thinking its true what Little Boys are made of.

This is not the post about Little Cousin who was sick in my mouth, or the time that Auntie found the dog eating the contents of Little Cousins nappy.

This is the post where I tell you about how a dog came to put its tongue in my mouth...

Bella the dog is a cute little thing. Well for a dog anyway. She gets excited whenever there are visitors in the house and will jump up to give them a little Doggy lick or two. She had done that and was being told to get down when she decided to just go in for one more lick of my cheek. 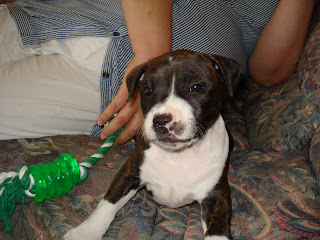 As I opened my mouth to tell her to "Get Down!" she jumped up and well lets just say our tongues touched...
Illness Meme