Top Ender Giggles - At least it wasn't in Tescos

Top Ender was playing with Daisy and Daniel (her rabbits) and had just put them to bed.

She then announced that they had been having sex and they had filmed it on their mobile phones for them.

A quick discussion about what sex actually was (in broad terms) and she told Daddy and I that it was okay because her Rabbits look the same naked and so it was just like having sex with a mirror.

It was at this point Daddy nearly wet himself laughing and had to duck out of sight.

As I was saying I think I might need to have a word with Mrs Wise Owl. 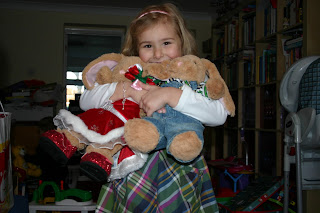