Another case of Pityriasis Rosea!

- February 22, 2017
Last October Top Ender came down with a case of Pityriasis Rosea. I'd never heard of it and after about a month and a half, the rash disappeared, which was quite lucky, as Top Ender had had enough of the itching after just a few hours.

Then, you know when I was ill the other week? Well, I thought I was so sick because I had a really bad cold. I actually said I thought it was Man Flu because I was so sick. Honestly, looking back now I can see that the few weeks before I became ill I was coming down with something because I was just so run down and as I mentioned I was putting myself last. 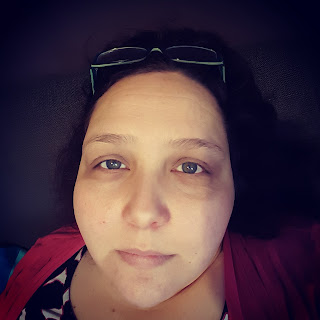 A few days later I found myself being covered in a rash that my doctor had put down as Eczema, but then talking with one of my young friends at Church she was insistent that it didn't look like her eczema, so I had a priesthood blessing and made another doctors appointment.

That night I had a dream that I don't remember the details of now but when I woke up from it, I realised that I possibly had Pityriasis Rosea. So I suggested that to the Doctor when I saw him that Top Ender had had Pityriasis Rosea and I thought it was possible I had it too as I recognised the pattern (Christmas Tree on my back and a v shape on my chest) and he said that my diagnosis was correct.

Yup, I have Pityriasis Rosea too! Well, and eczema over my cleavage and on my scalp.

The doctor wanted to assure me that it wasn't contagious, that I couldn't have caught it from Top Ender and that it was purely coincidental that we both had the same rash. I, of course, knew this, but thanks to Top Ender having suffered I was already well stocked with Aveeno Cream, a lush moisturising shower gel and already was taking antihistamines for the itch, not that it was working!

I mentioned this on Facebook and a wonderful reader (Hi Kate!) suggested that I use a bottle of Head and Shoulders (normal) as a body wash in the shower and that it would help with the itch and could possibly help with encouraging the rash to fade. I happened to have a bottle of head and shoulders, so used it in the shower that evening (and every day since) and it has really helped with the itch! I haven't had the fading of the rash, but the lack of itching is more than enough for me!

And so we're suffering from another case of Pityriasis Rosea, although this time it's a lot less itchy!
Family Life Health Illness