I Fought The Bogeyman!

- February 27, 2017
I'm not sure why a childhood fear of the dark came back when I was pregnant with Dan Jon Jr, but it did. Actually, that's not true. I'm not actually afraid of the dark, no the truth is I am afraid of being alone in the dark and all the evil terrible secrets it holds. Last October, BuzzFeed had an article where people shared statements that became truer the more you thought about them. I didn't get past the first one when I realised.


For me, it's the fear that the bogeyman is hiding in the shadows, or really that he is standing at the bottom of my stairs behind the door curtain that we hung as part modesty measure (our front door has a large glass window next to our half front glass door) and part energy saving measure (the aforementioned huge glass parts of the front door). 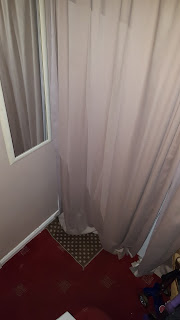 I try not to let it happen, but sometimes I'm the last person to go upstairs at night and if I do as I walk past the front door with the curtain closed I can see a bulge. A human sized and shaped bulge. And so I run up the stairs, knowing that if I stop or look back that the bogeyman will jump out from behind the curtain and get me.

I can feel him chasing me, his hot breath blowing in my ear, his talons millimetres from my skin getting ready to attack me, to catch me. And when I momentarily stop at the top of the stairs, I don't want to look behind me but morbid curiosity makes me.

And there is nothing there because, of course, the bogeyman doesn't exist.

The next time I'm the last person to go upstairs at night, the bulge is back in the curtain. The next time in I'm doing Dan Jon Jr's blood test in the middle of the night, I don't want to look down the stairs. I don't want to see the shape of the bogeyman in the shadows.

The other night I decided that the bogeyman needed to know I wasn't afraid of him.

So as I walked past, I punched him in the gut. I knew of course, that I was going to feel anything. The bogeyman isn't real. And yet I did. I felt my clenched fist sliding into soft flesh, It enveloped my hand, almost as if my hand was being sucked into the abyss that the bogeyman is almost certainly made up of.

I yelped knowing that at this minute I was fighting with the bogeyman and instinctively pulled my hand back, fight or flight was kicking in and I was trying to work out if I should sprint upstairs to my family, or stand there and fight the bogeyman alone when common sense prevailed.

With that thought in mind, I was able to think rationally. If I hadn't punched the bogeyman, what had I just felt? What had I just punched? I realised with a giggle, that I had just managed to punch the letterbox on my front door. With the adrenaline still coursing through my veins I wasn't going to hang around to check that I had just punched my letterbox and not the bogeyman, so taking the stairs two at a time, I managed to get to my bedroom in record time.

I fought the bogeyman.

And now I'm no longer afraid of not being alone in the dark. 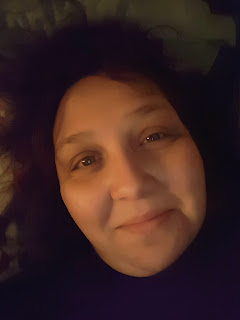 No, now I'm afraid of not being alone in the dark and that the bogeyman is after me for having punched him in the stomach!
Family Life Funny