Luckily it was just a heavy cold, but the whole not wanting to eat, feeling like I'd barely escaped death and my body needing complete rest aspect of it all has really knocked me for six. I barely feel like I'm functioning now a week and a half after having "recovered" and I've been taking my vitamins and even purchased a bottle of vitamin tonic (and have been taking it) just like my Nan always told me to do.

I couldn't stop doing my normal things whilst I was sick, however.

I still had to get up each morning to get the children off to School. I still needed to go and calculate the carb amount for Dan Jon Jr's lunch. I still needed to get Top Ender and her Cello to and from School. Flyfour told me off at one point because I had taken to our bed, and was sitting moaning that I was sick but at the same time placing an online shopping order for the groceries for the week. 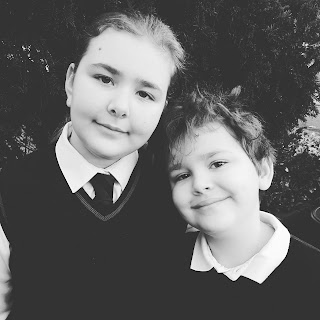 In the end, Flyfour managed to convince me to go to bed and stay there and not to worry about everything else, he'd take care of it. So, I spent the whole weekend in bed watching Netflix and listening to audio books and sipping drinks that Flyfour dutifully brought up to me every hour or so. I alternated between dozing, watching the Santa Clarita diet (Loved it, hope there is another series!), hoping that I wouldn't cough up a red ball and then when I woke up trying to work out where I'd heard up to in my latest audio book before I fell asleep!

And despite the illness, it was bliss.

It was bliss being able to lay in bed and not feel guilty that I wasn't doing the chores, or looking after the children (Well Top Ender was in bed, as she was sick too) or doing one of the other hundred things I probably should have been doing. And yes, I know I was texting people at Church to do with Primary things, but that totally doesn't count! 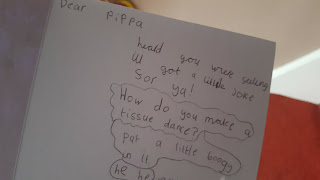 It was the following weekend that I realised that whilst I had been sick I still wasn't putting myself first. I wasn't taking time out for me, but this only came to be understood when I was looking for a snack for me to eat and couldn't find anything because despite being the person who does the food shop and ensures that there are snacks for the other family members in my house, I never buy snacks for myself. Such a small thing, but a way of putting myself last place in importance.

And so I've decided to do something radical. I'm going to ensure that each week I do one thing just for me. I'm going to make sure that I sit and appreciate the small thing.

I'm going to put me first.

Now, who has some ideas on how to put me first?!
Family Life Illness