- February 18, 2017
Flyfour and I were both moaning about our recent lack of willpower. We've got to that comfortable place where we're not really watching what we eat, we're not really exercising all that much and basically, we're becoming really unhealthy.

So what's a guy and girl to do? Change our eating habits of course. We decided to follow a diet that we've picked meals from over the last seventeen years and well as you can see it has lead to a return of my weekly meal plans! There is a difference, however, I'm not specifying what days we're eating what! 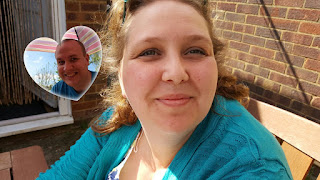 Also just a reminder, as it's been so long since I've posted a meal plan that Top Ender and Dan Jon Jr eat a main meal at School, so I don't cook for them and they tend to have a mixture of toasted sandwiches, pasta, cold sandwiches, beans on toast that sort of thing in the evening, so it is just Flyfour and I that I'm cooking for!


This is a lush dish. Basically, you fry some onions, you add some chopped up pork and then you make a bit of a sauce and you serve it with Pasta and chopped tarragon.

I had kind of forgotten about this meal, so will be looking forward to having it again!


What more can I say? It's a simple meal of pasta with a tomato sauce topped with a little parmesan and with a side of salad.


I'm going to bake the fish in either a passata sauce or do it Flyfour's favourite way with lots of spicy seasoning. Either way, I'm going to serve it with some boiled potatoes and some peas.


I love a stir fry and since Top Ender was taught how to make a stir fry at School (I know not really complicated!) it has given me some new ideas. The problem that we have you see, is a lot of the sauces contain wheat, which as a celiac Flyfour can't eat. We tend to go with something like sweet chilli, but I have a good gluten free soy sauce which when mixed with some Chinese five spice makes something really lush!


As you can see there aren't quite enough meals there for a week (seven days, only four meals), but I am planning on eating the pasta and sauce or the turkey stir fry twice and Flyfour is hoping to eat an "extra" portion of the Tarragon Pork whilst the children and I are out at a Church munch and mingle on Sunday.

So that's what we are eating this week! What are you eating or what would you like to join us in eating?
Diet Food Health Main Meal Meal Plan Weight And Fitness