- February 25, 2017
Last Saturday was our first day on the new healthy eating plan that Flyfour and I agreed we needed to follow. We had got up super early to clean the chapel, along with two friends of mine, and we were really good and stuck with what we were supposed to be having with breakfast... sort of. I missed half of my breakfast as we didn't have any fruit or yoghurts in the house (it was the end of half term, our fridge was empty!) and Flyfour didn't have any fruit added to his cereal. I did notice about mid-morning that I was feeling hungry, but I put it down to boredom and got on with my chores and it wasn't until I was looking at the meal plan a few days later that I realised I'd short-changed myself!

The meals for the rest of the week were as good as we'd hoped, leaving us fuller for longer but I won't know if I've lost weight until I pop to Tesco later on this morning as depending how I stand on my bathroom scales, I can make myself up to two stone lighter. 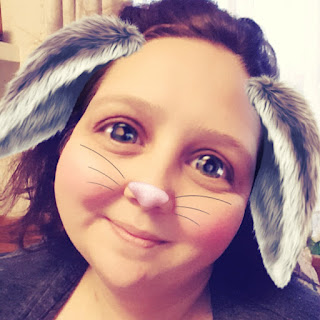 Anyway, as per last week, I'm not stating what days we are eating the meals (well apart from the first two!) and the children only eat meals with us on the weekend, as during the week they eat at School and have a lighter meal in the evening.


I'm cooking the chicken in a lemon juice and herb seasoning and serving with Cabbage and Sweetcorn. Flyfour has already said he won't eat the Sweetcorn, so I guess I'll be kind and give him peas, but really I'm just going to paint the Sweetcorn green!

We've decided to eat this on Saturday and we'll have it again during the week for just Flyfour and me.


This is going to be our Sunday meal, but will probably be had a further two times during the week because Flyfour and I love Chicken Satay.

I always forget how simple it is to make, as you just mix Fromage Frais with Peanut Butter, a little Lime Juice and Cumin and coat the chicken in it before grilling and serving.

Someone remind me to clean the grill before I cook this, please?!


I love making Mac and Cheese. It is so easy and simple to make and I realised the other week that I have finally managed to teach my children to prefer my version rather than a purchased version. As I know they love it, I'll make a little extra so they can have a small portion for their evening meal, but I shall remind them that Pasta makes Dan Jon's blood sugars all screwy so they can't have too much!


So there you go, that's what we're eating this week. We'll have everything at least twice this week, so there is a greater chance that if you are popping in you'll hit on something that you fancy! What are you planning on eating this week?
Diet Food Health Main Meal Meal Plan Weight And Fitness