- February 01, 2017
Before Christmas, I had my hair cut and coloured by my very talented friend (if you're in the Milton Keynes area let me know if you want her details!). I had decided that I wanted to do something a bit outrageous (for me) and go with a colour and so I asked about going red and my friend agreed I could get away with it, so she picked out a funky bright red for highlights, a darker red for the base. As my friend is a proper hairdresser and stylist, she knew what would suit my colouring and allow me the funk I was after without being too outrageous! 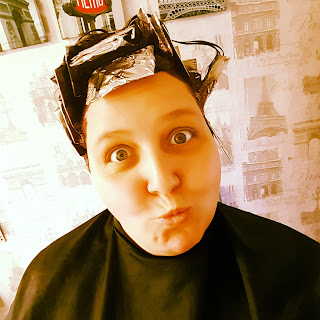 The day came and I was terribly excited and loved sitting in her kitchen having a chat whilst we waited for the colour to take/set/whatever it is that happens when you dye your hair. Just after she had coloured, washed, cut my hair and just as she was about to blow dry it, Top Ender's School rang to tell me she'd been hit in the head by an errant rugby ball and was suffering from a mild concussion and needed to be picked up.
My friend quickly took most of the dampness off my hair and sent me off on my way to pick up Top Ender (luckily my friend also lives about the same distance from School as I do, so it didn't take long to get to the School to pick Top Ender up), as she knew that I needed to be with my daughter.

The red, for all the wonderfulness of it just wasn't me. Which is probably why there aren't that many pictures of me in the last few weeks! 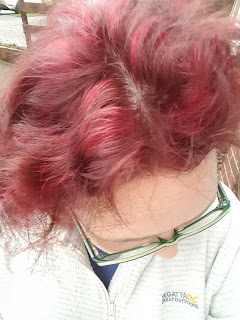 I was starting to get a bit worried that people were looking at my hair and getting the wrong impression about me... mainly that I was an outrageous miscreant. I'm a miscreant, just not an outrageous one!

Fast forward to last week, when I was on WhatsApp messaging with my friend asking her if the colour Dawn French had in Delicious (Anyone else watch it? What did you think? I loved it, especially the ending) would suit me, and would she be able to do it for me in the very near future? 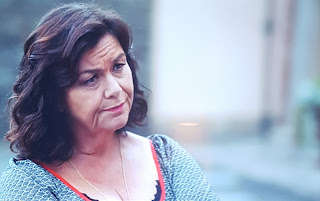 My lovely friend agreed it would, and as my cut was already quite similar I was certain I could pull off the look and the warm chocolate colour is much more me, even if I do still think of myself as the blonde I was as a child. Plus I think it's a bit more of a mature colour so I could drop the miscreant part of my self-image!

It was planned that I'd go round and have a new look at the only time we both had free, which happened to be a Tuesday afternoon, between going to Dan Jon Jr's school to do carb count his lunch and picking him up from School.

My friend and I put the worlds to right whilst she coloured my hair and I decided I looked like Jimmy Carr or a robot with plastic hair! 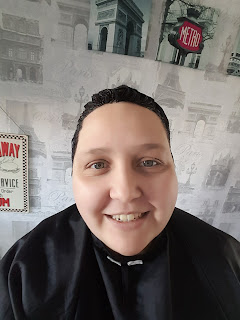 Whilst rinsing the colour out she kept exclaiming things like "It's a lovely colour!" and "Oooh I like this!", but I successfully avoided all shiny surfaces (she has a lot, she's a clean freak!) and it was as she was just about to dry my hair (having given my hair a quick trim to tidy it up) that my mobile phone rang. We could see the name of Top Ender's school as the caller and we both exchanged a look saying "Seriously?!".

I answered the phone, expecting it to be a member of the SLT (I'm a governor there and was after some data, so assumed it might be to do with that) when the voice at the other end of the phone introduced themselves as the School Nurse, because Top Ender had hit her head and given herself a CONCUSSION!

I mean seriously! Twice I've had my hair done, and twice Top Ender has a concussion. I told the Nurse I'd be there before the end of School to pick Top Ender up and was given to Top Ender to talk to for a moment. The first words out of my mouth to Top Ender, weren't of concern for her injury or an expression of love instead I said;

"What have you got against me having my hair done?!"

This did make Top Ender giggle and then we talked about if she was okay, how the accident had occurred (she appears to have forgotten that walls exist) and that if she didn't mind I really needed to have my hair finished before I came and got her! 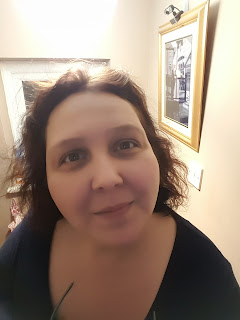 So, help me out. What's the connection between me having my hair done and Top Ender getting a concussion? I guess we'll just have to wait a few weeks and see if it happens again... just this time I shan't tell Top Ender when my appointment is to ensure it's not her trying to stop me.
Family Life Funny