- January 24, 2018
Last week Dan Jon Jr went on his first ever School Residential, well actually that isn't true. There had been a Camp for the entire year last Summer, but it was one night and well, I was actually there as a helper as I'm a School Governor at the Primary School Dan Jon goes to as we figured it would be easier for me to do the over-night testing, rather than having two of the staff members do it (safeguarding means there would have to be two).

This residential was going to be Dan Jon's first trip without Flyfour or I. 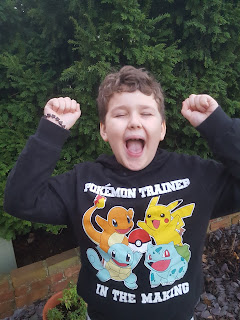 I was actually quite calm about it. I know the staff that were going on the trip fairly well and when another staff member was added to the roster, any worries that I hadn't even admitted to myself had entirely vanished as I've known that member of staff for ten years and know that Dan Jon has a soft spot for this teacher too.

Until the night before he left.


Dan Jon and I had been packing his bag, which was so full that we also had to pack a backpack and that was without the large Grocery bag full of supplies Dan Jon might need to cover every eventuality with his Diabetes. Seriously, there was a box of Cannulas, spare batteries, Gluccotabs, sweets, fruit juice, insulin, spare strips, a spare blood test monitor, wet wipes, sharps box, biscuits, notes, a carbs and cals book, scales, spare insulin pens, needles... seriously that isn't half of what we packed for the three nights, four days that he was to be away!

The seriousness of it all, caught up with Dan Jon as I sat on the floor putting his name on all items of his clothing. To be honest, I was too busy worrying about if the Sharpie name would rub off from his pants on to his back to be paying too much notice.

It was when I went into Dan Jon's room, check he was ready for bed, and say his prayers that Dan Jon admitted what was going on and how worried he was.

Dan Jon presented me with his will.

We talked, not just about his will, but the feelings that were behind the reason why he wanted or rather felt the need to make a will. We talked about all the great things that were going to happen whilst he was on his trip, all the worries that he had, how I'd be able to talk to the teachers at any point if there was a problem, even if it was 2am.

Dan Jon went to sleep feeling reassured, happy and safe. Just as I wanted him to. Just as every child deserves to fall asleep feeling. 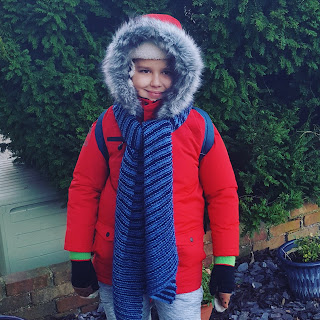 I, however, was far from fine.

I was thinking about how Dan Jon had thoughtfully written his will. Leaving things which would mean a lot to his Sister, Father and I. Leaving his soft toys to children who live in Shelters or were homeless.

I'm so grateful that this little boy is my responsibility.
Diabetes Family Life School