- October 22, 2018
Every Summer Flyfour goes camping one at a time with both Top Ender and Dan Jon Jr. We love this time because it means that we each get one on one time with each of our children and make special memories and just have time together. The children love it for the same reasons, one on one time, they are mostly in control of what we do, where we go and what we eat and of course, if they are at home with me they get a pass on bedtime and what time they have to wake up too!

Flyfour and Dan Jon headed off to Dorset, where they soon had the tent up in a field, which according to Flyfour was in the middle of nowhere. 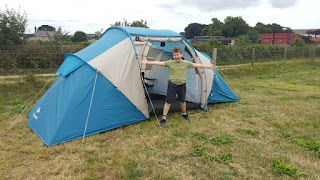 Whilst Top Ender and I were dodging the rain at the Temple, Flyfour and Dan Jon were enjoying the sunshine at Portland Bill. They even had an ice-cream the weather was so nice for them! Top Ender and I were a little jealous, but not too much after all we had cookie dough to eat! 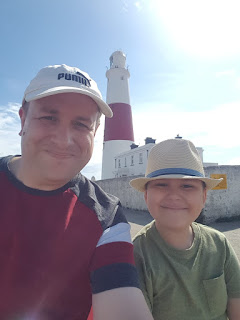 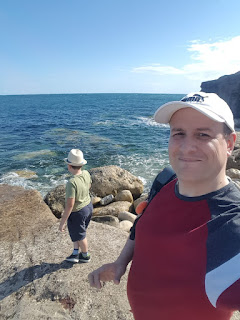 Flyfour had said that there had been a brilliant tour around the Lighthouse, where the guy leading the tour had basically answered every question Dan Jon had, allowed him to turn the Light and was Flyfour had been really impressed with Dan Jon. There had been another family on the tour, with boys a similar age to Dan Jon who were badly behaved, rude and just re-enforced to Flyfour how lucky we are with our children. Not only with their behaviour but their curiosity, intelligence and general zest for life. 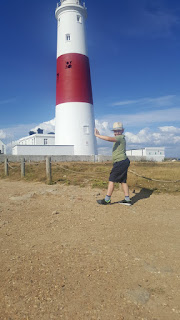 The evening was rounded off with a trip to the Amusements at Weymouth, more particularly Bowleaze Cove which is the other end of Weymouth Bay apparently. Dan Jon and Flyfour played on the slot machines attempting to win the small trinkets that were almost hanging over the edge and as usual won quite a few. 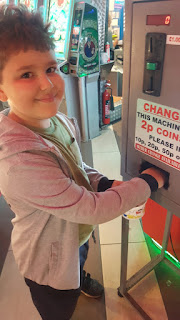 They rode Bumper cars, and as they were the only two on the ride were allowed to ride for longer and without following the one direction only rules! They were even able to stop and take photos, which is kinda cool right?! 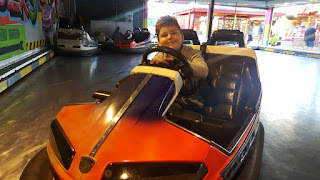 That evening as they got back to their tent, they saw a rainbow arching over it. That had to be a good sign right? 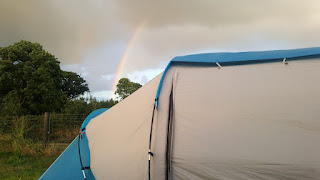 Yeah, not so much.

The next day was cold and damp but Dan Jon and Flyfour went on the Steam Train from Swanage to Corfe Castle, where thanks to a weather app that Flyfour has on his phone, were able to dodge the rain and let other visitors think they were magicians who could either predict or control the weather.

They spent the rest of the afternoon in Bournemouth, visiting the Sealife Centre, Playing Laser Quest and all before having a bite to eat at the Harvester where Dan Jon chose Sweet Potoat Fries to accompany his Hunter's Chicken, with a Blue Cheese Sauce much to Flyfour's surprise.

They finished the evening by heading back to the amusements at Bowleaze Cove and going for an evening walk along the beach looking out over Portland Bill. 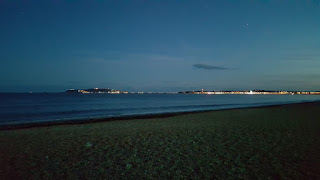 The next day, after packing up the tent they headed to Tyneham, in Dorset. This was a village, which the MOD took over during the war and much to almost everyone's surprise, (I'm not sure if I'm being sarcastic or not here) after the war as kept as a training ground.

Nowadays, you are allowed to visit on select dates during the year and Flyfour had managed to be in the right area of the country on the right day. A little foreplanning or luck? Well, I'll let you decide on that. 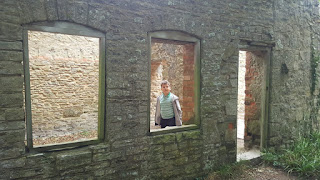 They stopped off on the way home to visit Adventure Wonderland near Bournemouth. Now, the reviews on TripAdvisor aren't all that great and to look at this you'd probably think it's run down and needed a little care and attention.

Dan Jon and Flyfour LOVED it. Flyfour remembered in the end that he and Top Ender had visited the same theme park ten years previously and had had just as much fun. The one thing that hadn't changed in all that time was how great the staff were. Every single member of staff seemed to want to ensure that every visitor had a great time. 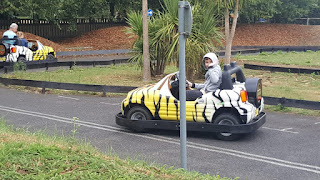 It might have been something simple like everytime Dan Jon passed one of the attendants on a water ride, they gave each other a High Five. Or how they were all up for a chat and a giggle. Whatever the reason, the staff made a simple day out a fabulous time and Dan Jon claims it was the best part of his holiday with his Dad. 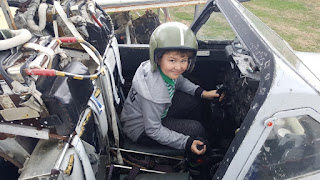 When the boys did eventually make it home, they were full of stories, gifts and washing. They had had an amazing time and I think Dan Jon is already counting down the days to his next one!
Camping Family Life Free Days Out Holiday Paid Day Out Seaside Summer