- October 17, 2018
Dan Jon and I were the only ones who woke up early. Around 7am I woke up, and Dan Jon was already awake and getting bored of staring at the ceiling. Together we played on our phones, Dan Jon played a little on his DS and I did some knitting, as my suggestions of going for a walk along the seafront or seeing if we could find a park or something else he might find of interest were all dismissed.

Eventually, Top Ender and Flyfour woke up and so we dished out breakfast (cereal bars and crepes for all) before we got dressed, packed up and headed off for our second day of Holiday. 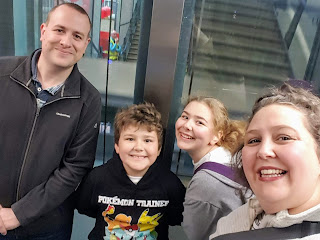 It was only twenty-four hours after we got home that Flyfour realised we left Southport without doing something rather important. You see, a couple of weeks before we'd been watching Monkman & Seagull's Genius Guide To Britain and discovered that there is a Lawnmower Museum and Flyfour and I immediately wanted to go... the trouble with this is only Flyfour knew that just a couple of weeks later we'd be in Southport and to be honest I didn't really pay much attention to where it was, just it was up North!

Luckily, we didn't feel quite so bad when we realised the museum isn't open on Sundays so we couldn't have gone even if we had remembered as we left Sunday morning. It has however just confirmed that we are going to have to go back North soon so we can visit. Plus, I want to go to Rotten Row and spend a bit more time exploring Southport, it was a really interesting place.

Flyfour drove us out to Liverpool, as Top Ender has been studying the Beatles as part of her GCSE Music course and Flyfour thought it might be useful for her to see things like the Cavern club and Strawberry Fields and Penny Lane. 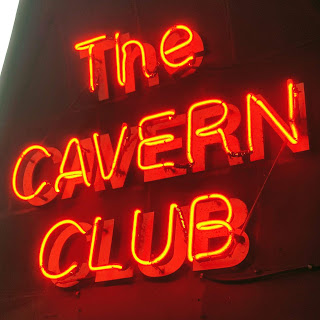 I would have also had loved to have met up with a few friends who live up North, in fact on of my friends and I probably passed in the street and didn't even realise as she was heading to the Train Station to head down to London for the day, where she would make sure to wave to me in Milton Keynes as she went past!

We also spent a good couple of hours at the World Museum in Liverpool, where Top Ender learnt a lot about Starfish, thanks to a brilliant staff member who told Tops the answers to all of her questions and provided lots of facts and stories to do with Starfish and other sea creatures and most importantly let Tops stroke the Starfish to see how it felt.

We mucked around with Dinosaurs, different habitats, watched a recorded session of Tim Peake when he was in space talking with School Children (and watched him perform a few different experiments), looked at bones, more bones and more bones. Pretended we were as tiny as bugs, learnt about time and different ways of measuring it (and looked at lots of clocks) and even visited Ancient Egypt, where I took this photo as it really amused me and Flyfour when he saw it a few days later! 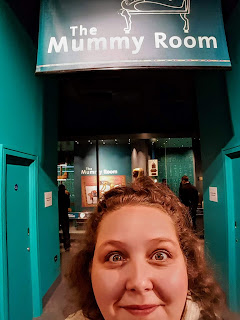 The live music as we ate our lunch was a weird juxtaposition of great (a band on the corner) and terrible (a man who said he had performed on the QE2) and the whole family played a fun game of spot the tourist (they were the ones bundled up in twenty layers, proper Northerner's didn't even have their coats on!).

After a walk around the docks, and some chips we started on our journey home, but not before a real highlight for Flyfour and I (the children didn't care as they had no clue what we were on about) as we travelled home via Elswick street, where the sitcom Bread was set. 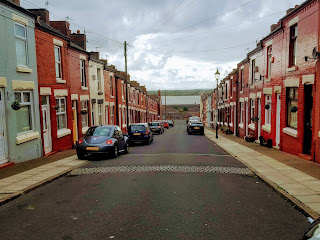 After our quick trip down Elswick Street memory lane... With blistered feet from all the walking, we headed home, ready for a rest from our weekend.
Family Life Free Days Out Holiday Paid Day Out