- October 03, 2018
There are a few things that Top Ender and I don't like and being late for something is one of them. So with Seminary starting at 6:40 am, the plan is that we will get to the Chapel for 6:30 am each weekday. This means we need to leave our house at about 6:15 am, as even with no traffic it is still a fifteen-minute drive or so.

As it is so very early in the morning, I suggested and Top Ender eagerly agreed that in order to make this more pleasant I would cook breakfast for Dan Jon, Top Ender and myself each morning before we leave. 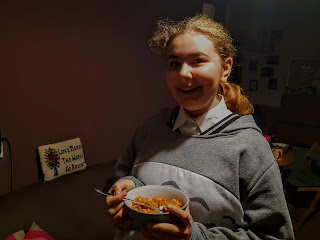 Dan Jon loves this because, as he is now waking up at 6 am with breakfast in bed, he is able to complete his morning scripture study, get ready for School and get at least a half hour in on one of the consoles! Plus BREAKFAST IN BED!


Unsurprisingly, when it comes to teenagers, a 6:40 am start is very hard and so the youth and their parents turn up any time between 6:35 am and 7 am, depending on when they were able to be dragged from their beds!

Even less unsurprising is that even despite a slight detour to pick up a friend, Top Ender and I are almost always the first to arrive... which is where the challenge started.

The Seminary Teacher, a wonderful woman, has a son (we'll call him Sepli) who also started seminary this September and well, he's a little like me. He likes to be useful and he likes to be early and he likes to open the gate and the Chapel up for everyone...

It's just, for some reason, most mornings Top Ender and I make it first.

Sepli and I have been joking over the last week or two about how he could beat me to the Chapel and it gave Top Ender and I an idea. We decided that we would drive to the chapel, park a little way up the road and let ourselves in, lock the door behind us and sit in the dark to let Sepli think he had beat us to the chapel... 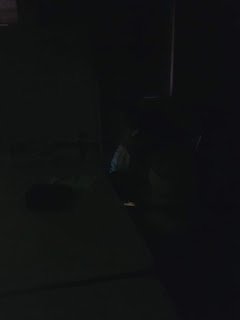 And it worked. As Sepli and his Mum walked down the corridor, they were chatting. Sepli glad he had beaten us for once, his Mum showing concern that we weren't there and worried that perhaps we were ill. They walked into the classroom, flicked on the lights and realised we were there.

There was a lot of giggles... but now we know we need to watch out Sepli is going to get his revenge!
Family Life Funny Religion