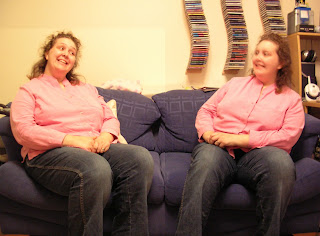 Whenever I am getting friendly with someone I feel them start to pull away. I don't think it is because I come on too strong, I actually think it is really just a natural flow of life. We can't all have nothing but Good days right?

Its just I worry that they don't want to be my friend anymore. For example, you might call and arrange something and then they might cancel at the last minute. They might not say Hello and stop for a chat if you meet in the street. It could even be an off the cuff remark about something that you take the wrong way and convince yourself that they hate you and are going to talk about you to their other friends, their real long time friends.

I think this is a reason that a lot of people find it hard to make friends. The constant worry that even though you have met a like minded person, someone who will share intimate stories with you and even point out that your legs need shaving that they might actually like someone else better.

To stop ourselves from feeling this hurt we don't let ourselves get too close, we don't let ourselves trust and as soon as we get a quick friendship fix we start to pull away. It's then up to the new friend, are they someone who wants to pursue this friendship and keep you from going into your shell or do they pretend they don't notice that you are suddenly not available and it isn't just a bad week for you?

When I was younger and I moved to a new area I made friends with three girls. We made up two sets of two and everything was good in my world. It was good for three years.

Then another girl who had known my three friends before I had moved to the area came back to the group. The old friendships were reinstated but I wasn't separated off. Sure I was no longer one of the two sets of two, but we were really just a big old gang of five anyway. I was able to float between them and even have individual friendships with the girls depending on what groups we were separated into for lessons!

Then another girl joined the group. Someone who had no interest in me because I didn't fit nicely into a box. Suddenly it was a big deal and I started to pull away from my friends as they closed ranks at the same time. I no longer fitted in that group, we had different interests and the things that we shared interests in were no longer important.

The group of girls are still friends. I've seen the Facebook photos.

Can we only really have true friends, good friends, local friends if we make them in school and claim them as ours first?