- April 17, 2012
When we were at Chessington World of Adventures we came upon a sign giving the average wing span of an Andean Condor compared to the average Eight Year Old. Seeing as we had an eight year old with us we measured her up against the board. Turns out she is the size of an average eight year old in arm span. Height wise she's a lot taller! 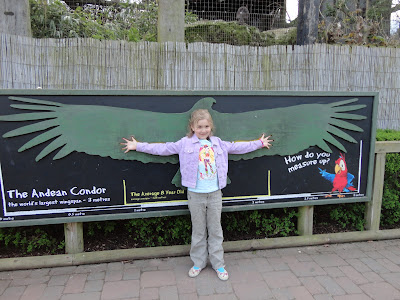 Big Boy of course wanted to have a measure up too. At nearly four though, he isn't quite the average eight year old! 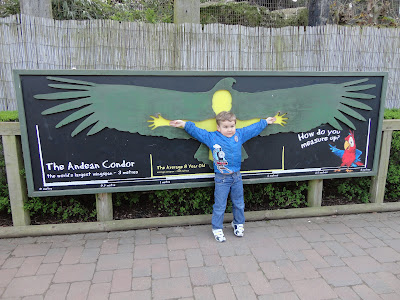