Save The Last Dance For Me

- April 10, 2012
I love taking Top Ender to the Theatre, she is so interested in fashion that I have encouraged her to look at every trip to the theatre as research for future lines. Top Ender has decided this is a great idea and loves to accompany me to any show she can, so I think if she doesn't make it as a fashion designer she might be interested in being a costume designer. As both Daddy and I love going to the theatre we are hoping that this will develop into a love of the theatre too and this week I was able to take Top Ender to see Save The Last Dance For Me which is set in the 60's in Luton (just up the road!) and Lowestoft and we loved it! 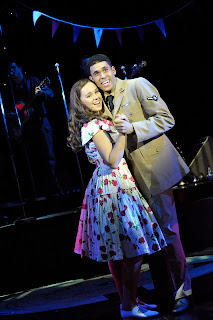 It wasn't just the costumes that Top Ender loved, but the tunes too! It's not often when I go to the theatre that the cast actively encourage you to sing along if you know the words. I normally do sing along, but have to do so quite quietly for fear of Top Ender poking me in the ribs (like she did when we went to see Joseph last week) but I was quite happy singing along with the cast with the verses of the songs that I did know as they performed. 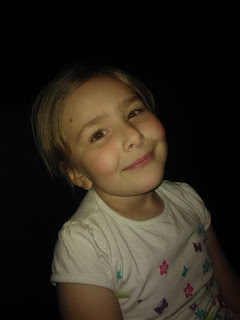 The story is about two sisters who take their first holiday without parents, together at Lowestoft where they soon find themselves invited to hear Elvis at an American Airbase. As we all know those Americans are pretty smooth with their pick up lines and Elvis is a drummer not "The" Elvis, but the girls end up having fun drinking Coke and eating real American Hot Dogs. There were a lot of jokes that Top Ender didn't get (thank goodness as I wasn't really ready to have a detailed Birds and the Bees conversation with her!) but with her having watched Hairspray before she understood the problem the main characters would have with having an interracial relationship.

We received free tickets to see the show at Milton Keynes Theatre.
Review