New Glasses and Why I Should Listen To My Husband

- April 20, 2015
You may have noticed, that my plan to read one book every three days has gone a little awry, and so has my plan to write quality blog posts, but that's sort of another matter. The problem was, as much as I LOVE reading books, I was having trouble with the actual reading. I was getting really bad headaches and eye aches after reading and even when I've been writing blog posts I've needed to ensure that the zoom was increased so that the size of the text on screen was big enough to be clear.

I am however so stupid that I didn't put two and two together. My husband however, is apparently much smarter than me (And no he isn't standing behind me forcing me to type this) and told me I really should go to the Opticians and sometime soon as he was pretty sure there was something up with my eyesight. So eventually I listened to him, made myself an appointment and went to the Opticians knowing full well that I was going to come out of there with glasses. And sure enough after a few tests, exams and general explanations, I was sent to pick out some new glasses. 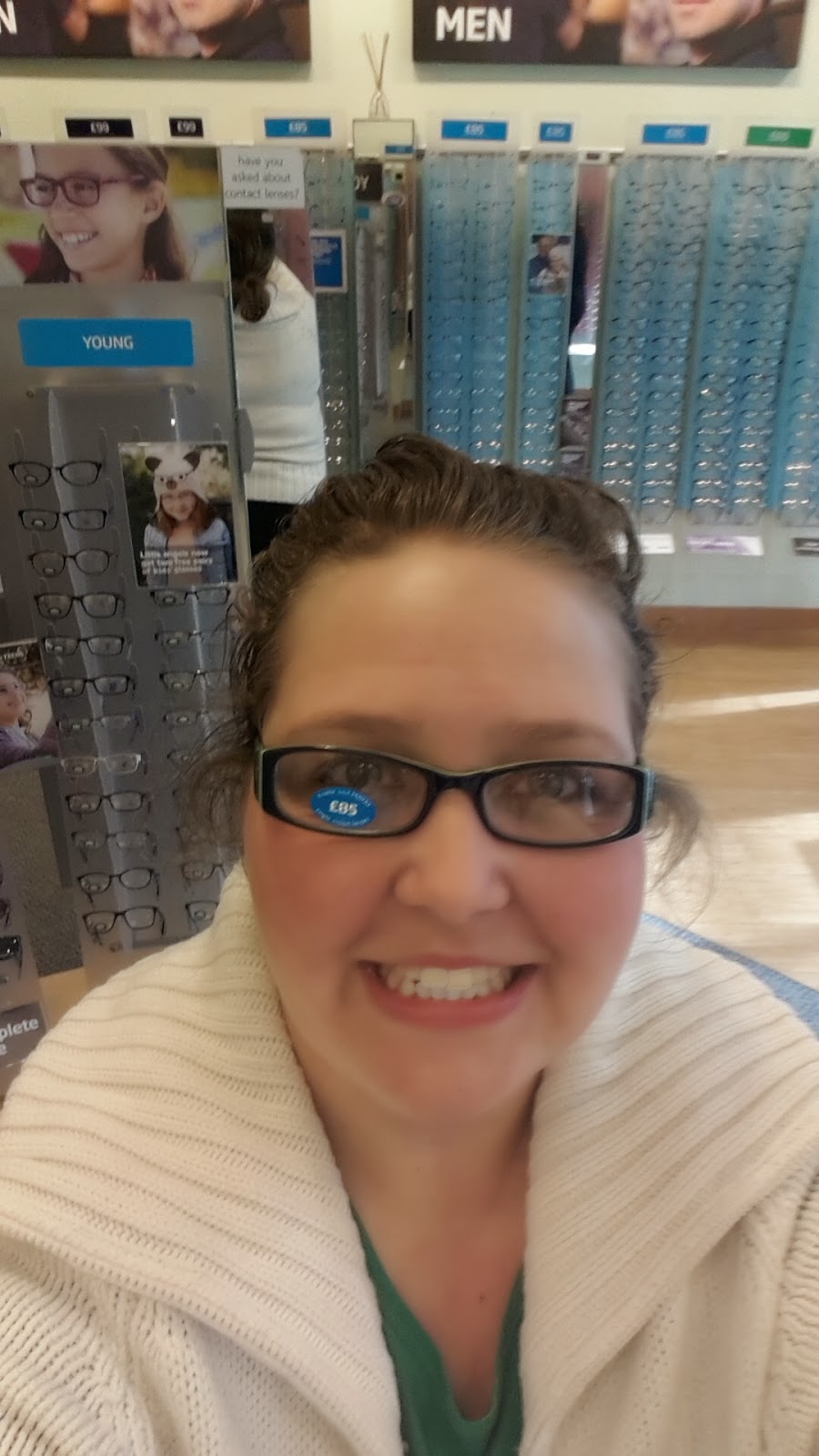 I decided to go with a blue and green frame, which I really liked and as I've always been told that I should wear blue and green as they suit me the most and because they were nice. Well, I thought so anyway. Look, just be proud of me that I made a choice in about ten minutes without having people around me to encourage me to make a choice after an hour or so of trying to decide!

I won't get my glasses until next Friday and then I should wear them to read, write, use the PC, drive and generally if I need to do anything that needs me to see detail... so other than running and exercising I have a feeling I'll be wearing them pretty much always!

I was chatting with my Mum after I'd had my tests and told her that I had Astigmatism, she giggled because apparently I've always known that. She then reminded me about how when I look at my finger and bring it to my nose, my eyes do a weird turny out thing, rather than the normal going cross eyed thing. I didn't realise it was a thing, I just thought it was a Pippa thing!

There is a little bit of "bad" news for me too. When the Optician took a photo of the back of my eyes, they noticed a small problem with my optic nerve. Now, it could just be that I'm a percentage of the population who naturally has a less distinct optic nerve or it could be a sign of something more serious. Either way, they have referred me to a specialist at the hospital (via my local GP) to check it out and hopefully give me good news or sort out a treatment plan (hopefully there is one!) to resolve or slow down the issue they may have spotted.

Please do get your eyes checked regularly and always listen to your husband!
Family Life Health