The Second Week Of April 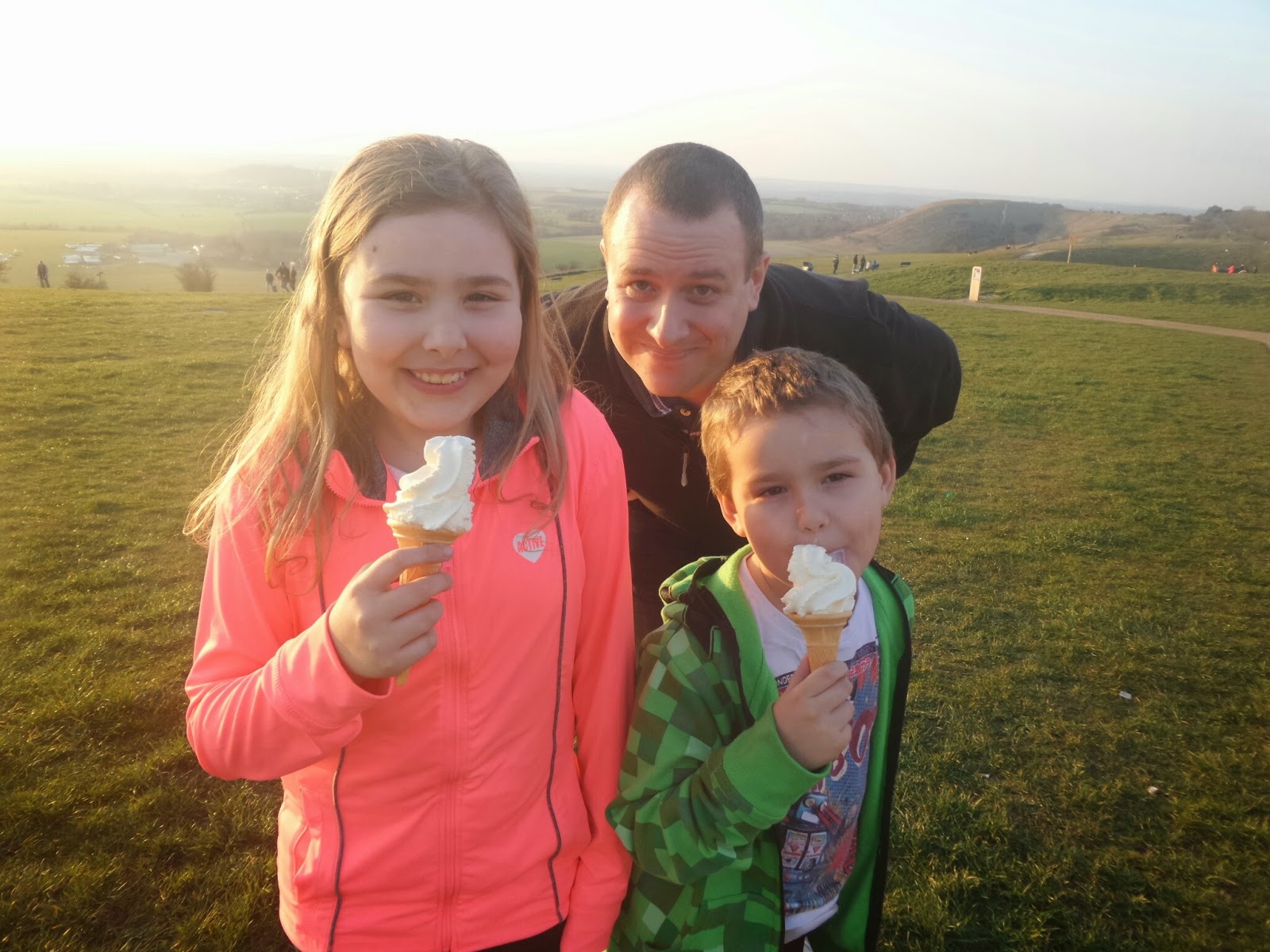 The Second Week Of April


The week started with Daddy being off work, thanks to him booking some well deserved holiday. And by holiday, I mean not going to work everyday, he wasn't off cooking duty, cleaning duty, dish duty or driving duty! It's been such a long time that it's just been the four of us having a giggle without anything else to be done in the house, or chores to do or places to go that it seemed rather a novelty. Although saying that we did go shopping on the Saturday and go and collect some new Guides clothing for Top Ender to wear to her first ever Guides trip... okay so maybe some chores were needed to be done!

For the first time in ages, Tops and I weren't doing the weekly supermarket shop with my Mum. My Mum didn't actually need very much and as she was going to come and visit with us on the Sunday, she figured that my fridge would be a suitable place for her shopping to live overnight. This did mean that I got to take Daddy, Top Ender and Big Boy supermarket shopping with me and reminded me why I like going with just my Mum and Top Ender. Also shopping first thing in the morning means bumping into hundreds of friends and the trip took about ten times longer than normal.

On  Saturday afternoon/evening I got to watch General Conference, which for those of you who aren't LDS it's basically a conference where members all over the world get to listen to talks by leaders within the Church about various spiritual matters. I do love Conference as normally if something has been weighing on my mind one of the talks will always either directly deal with what I have been thinking about or one of the speakers will say something which helps me understand. It's a bit like how in House that he'll be talking about something completely different to his case and suddenly his brain puts the two together and BAM! He has the solution.


Sunday was of course Easter Sunday, and after a few hours of just BB and I hanging out downstairs crafting and having a giggle together, I drove over to my Mum's home to bring her back to share Easter lunch with us. It's become a tradition now, that she comes to us, but I think that this year she was going to my Sister's home as I was really mean and made her stick to her diet and didn't let her have a lot of trimmings to our roast, by simply not cooking them!

After my Mum went home, the four of us went up Dunstable Downs to watch the sunset, just like the Children and I had done during the Summer Holidays. It was a beautiful sunset, slightly hampered by cloud but it was fun being together and doing something which the children had so enjoyed. When we got home, I tried to catch up with some more General Conference (it's on over two days) but ended up falling asleep... which was useful as first thing Monday morning Top Ender and I had planned to go out for a early morning walk/jog/run thing which you can read all about in my post from yesterday about Exercising Together.

Okay, so he didn't really. Daddy planned a walk for the whole family to Barton Hills National Nature Reserve, which all sounded all fine and dandy until I saw that the climb was almost straight up. I may have cursed a few times at him, whilst huffing and puffing my way up the hill, but when I was finally at the top it was worth it. We're planning on coming back in a few months when, hopefully, I'll be several lbs lighter and I'll find the initial uphill bit a lot less strenuous! 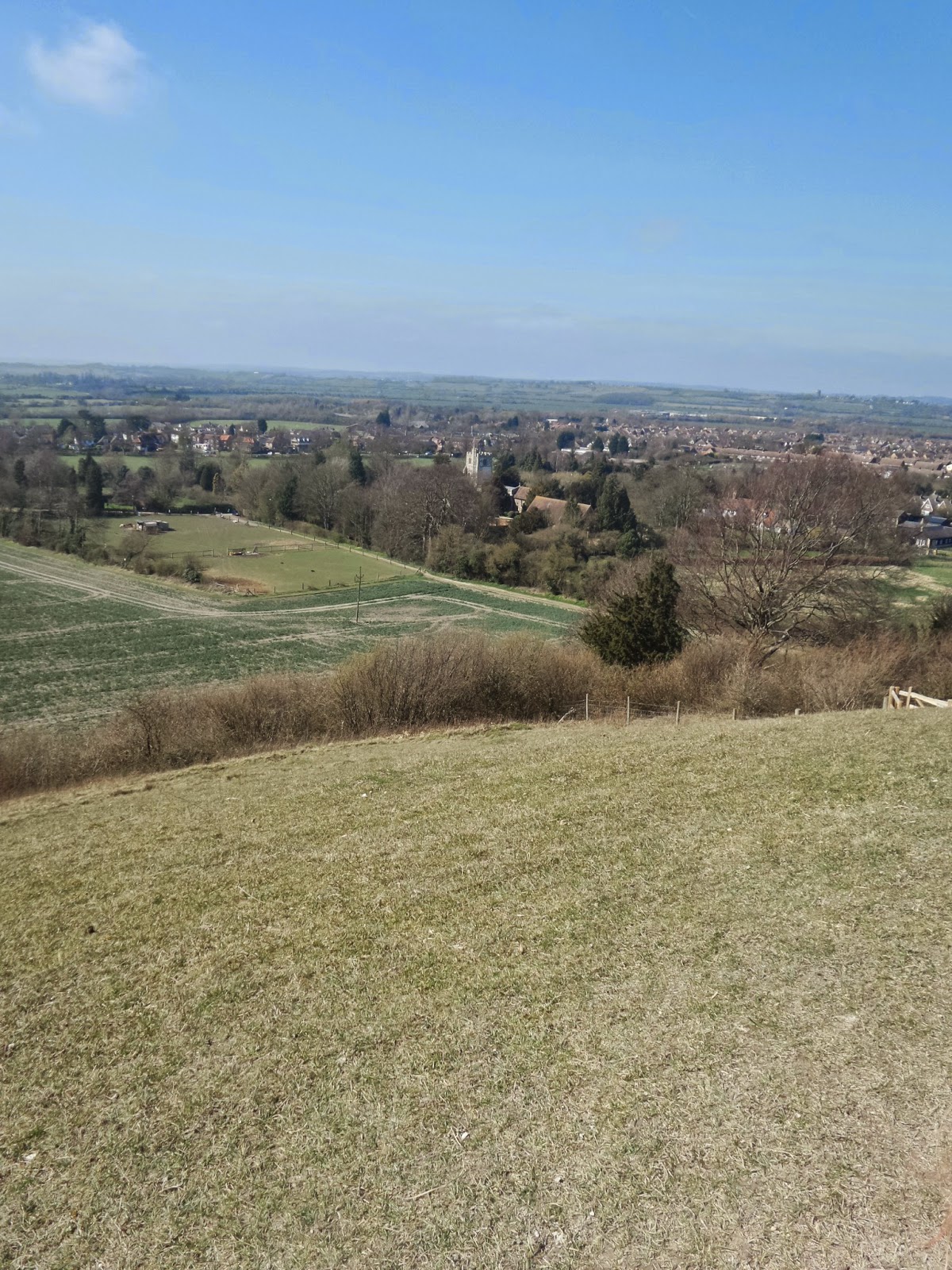 The rest of the week was filled with early morning walk/jog/runs with Top Ender and then the rest of the day spent as a family going on yet more walks. I guess that I shouldn't be surprised that I lost 3lb this week, although I wish it'd been a few lb more.

There was one more highlight of the week, and that was when Top Ender went on her first Guide trip wearing the clothes I mentioned right at the start of this post! Tops hasn't even been to a Guides meeting yet, but the group leader said we could! We were standing waiting for the coach and Top Ender was looking at the other girls and decided that she was going to have to be brave and say hello to someone... so she did! And by the time she came home she'd met everyone on the trip and was rather excited about the whole thing. 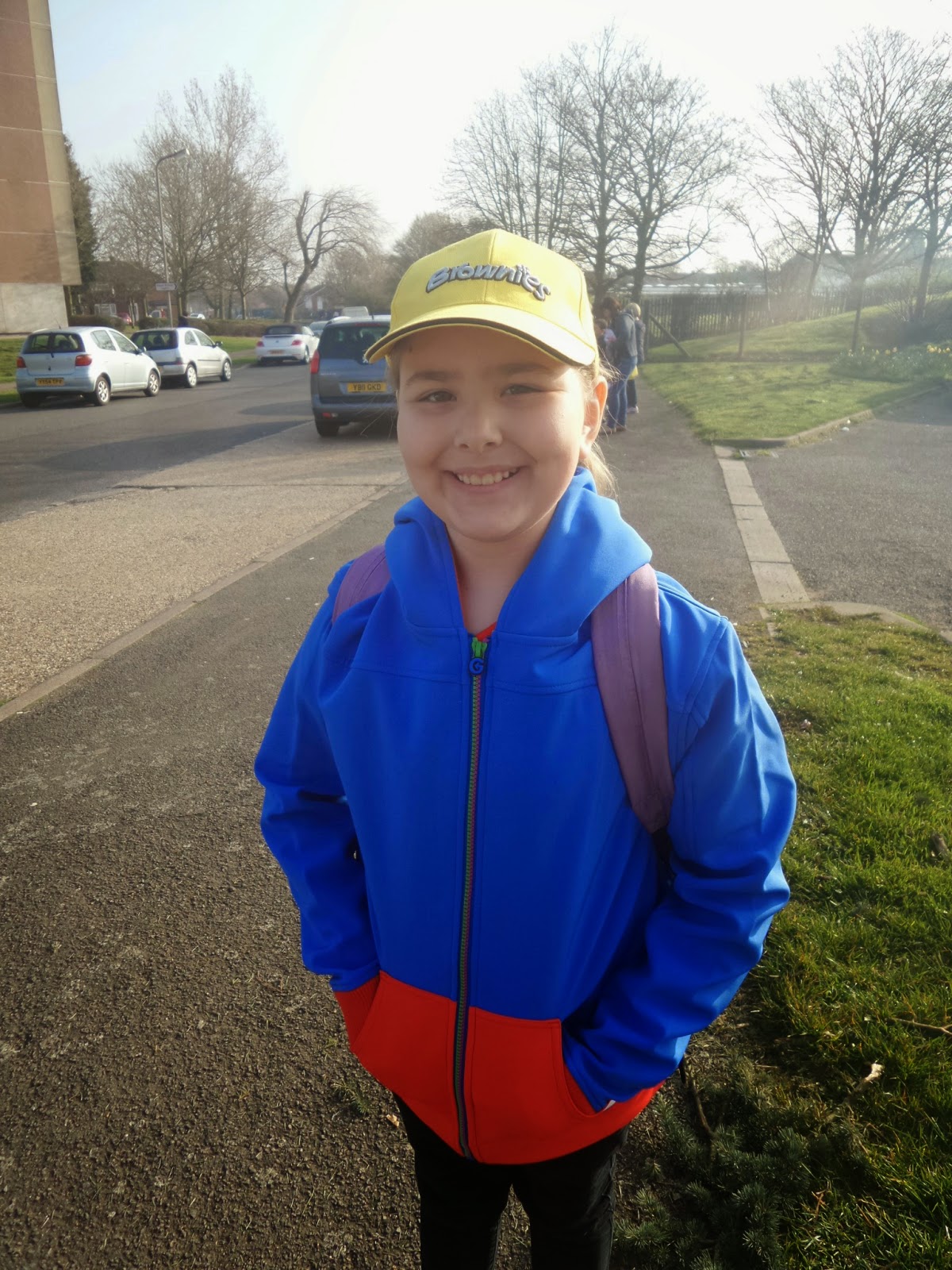 The Second Week Of April Had Me Decluttering


Well, mainly weight. Can you declutter yourself from too much weight? I think you can an this is my blog, so that's all that matters!

I also decluttered my socks, buying new socks is the same thing as decluttering right? No? Oh.

Well, that's it from me for another week! I hope you had a great week and that April is treating you as lovingly as it's treating me!
Family Life