How To Play Pong hau k'i or Two Stones

- January 29, 2016
Big Boy has been off sick from School for the last couple of days and well, we're starting to get a little bored of just sitting on the Sofa, snuggling, dozing and generally not doing much because he's not been up to doing much.

Today, we decided to have a bash at doing some of his homework and somehow his School must have worked out that we'd be ill this week because homework this week was playing a game of  Pong hau k'i, an ancient Chinese game also known as Two Stones.

As this is such a great game to play, I thought I'd put some instructions on how to make the game board and how to play here on the blog.... So here it is!

The first thing you need is a piece of paper.

You want to draw on the paper the pattern as shown below. 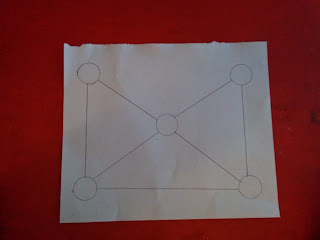 This is your game board.

Next you need four stones, two of two different colours. We decided to use pompoms because that is what we had to hand, but I've seen people use coloured sweets, bottle lids, counters, pieces of coloured paper and of course pebbles! 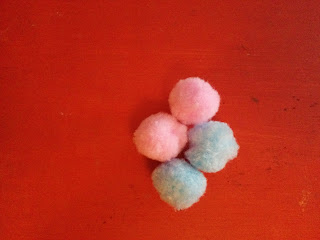 Set your pieces up so the top two circles are one colour piece, and the bottom two are the two other colour pieces. Now you are ready to play the game.

So, the first person to move, moves one of their pieces to the only free circle on the board. Basically it'll look like one of the two photographs below! 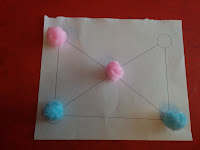 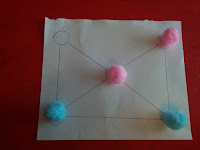 The second person does the same, following the lines on the board.

This continues until one of the players is blocked from moving. 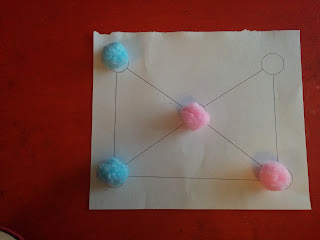 They lose and the person doing the blocking wins!

And then you start again.

There is some strategy in here, it promotes logical thinking and I'm pretty sure it's something to do with Maths too because it was part of BB's Maths homework!
Craft Family Life School Toys