I'm also lucky enough that I understand a bit about stupid idiots that call me intent on scamming people who aren't so intelligent about Computers.

I'm also very lucky that over the last couple of weeks everyday someone has called me from an International number with regards to a problem that I may be facing with my Windows computer.

Lastly, I'm lucky enough that I like winding up people who are trying to scam me.

The first time they called I told them not to call me again.

The second time I told them I didn't own a PC.

The third time I told them I was so glad they called because I was having a terrible time with my PC, it kept repeating a phrase over and over and could they help me? The person on the other end of the call asked me what it was the phrase was and I told them it said "I'm not an idiot".

The fourth time I pretended I didn't understand and told them that my window in the garage had a big crack in it, but all the others were new and double glazed so protected me from viruses. I finished with;

"Oh but I do need a new door, do you deal with just windows or do you do doors too?" 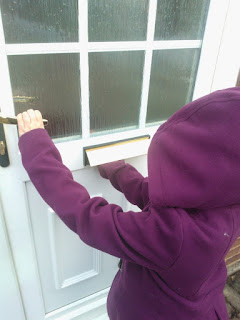 The fifth through eight time I let them give me all the instructions on what to do and made them repeat it all several times before they got so exasperated with me asking them to repeat and explain how to do simple things like "Press the Window Key and the R Key together".

The ninth time I let them get all the way through to the point where they would have someone convinced that there was a problem with their PC and wanted me to install Team Viewer on my machine so that they could remote connect to my PC and fix the issues for me.

It was at this point that I told them that my Daddy wouldn't let me go on the internet as that is where the Devil lives, but they could pray with me for Jesus to cleanse the sinners from the world and then I might be allowed on the internet.


I almost can't wait until they call again, although I have no idea what I'll do the next time.


Whilst they are calling me and being treated to my Theatrics they aren't scamming someone else and I get to be a little bit more creative with my day.

PLEASE let people who may not be as tech savvy as you know that "Windows" will never phone you.

For a start the computer company is called Microsoft, secondly unless you've put a ticket in with them and asked them to call you they won't have your telephone number and they will be able to confirm your ticket number etc.

PLEASE let them know that if they have a question with regards to technology to ask you, or their regular IT repair guy but never trust someone who cold calls them!
Family Life Funny Technology