A Sort Of Unexpected Benefit

- March 29, 2017
A couple of weeks ago, Dan Jon Jr's year group started a science module about healthy living. You know, how many hours sleep you need, how much water you should drink, how many portions of fruit and veg and servings of chocolate etc... things that because of his Diabetes Dan Jon Jr knows ALL about. 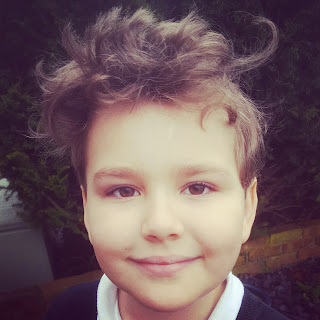 Unsurprisingly, Dan Jon found the topic interesting because of his own involvement in our family meal plans and because he was a little ahead of most of the students... well he has for four years been dragged to see Dieticians and Nutritionists whilst they (for the most part), tell us things that we already know!


Anyway. Back to the subject at hand.

One of the homework tasks was to record what the children ate and drank, and how many hours they slept. At the end of the week, the children had to write a paragraph or so about how they could improve their diet.

Oh, how Dan Jon and I laughed at that.

In the end, Dan Jon wrote a rather sensible paragraph explaining that because of his Diabetes and his Dad having Coeliac disease, that we were rather careful with what we ate and that we often saw a Nutritionist/Dietician to go over our meal plans. 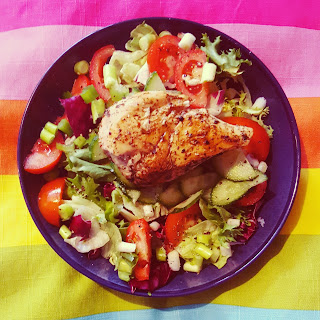 Dan Jon explained that as a family, we work together to create meals we would all enjoy, that we tried to eat meatless at least twice a week, we try to eat two portions of fish a week (one oily) and that we aimed for at least five portions of fruit and veg per day and of course that a good night's sleep is really important to all four members of his immediate family. Of course, like Dan Jon, I'm not saying our meal plans are perfect. They are pretty good according to the expert advice we are given and nobody here really ever complains about what we are eating.

Towards the end of the topic, one of the assistant heads was holding a School assembly and he decided to have a little quiz for the children. They selected a few children from the classes and they were to raise their hands to explain which category a food item he came up with would go into. You know, like cheese is dairy sort of thing.

Dan Jon was picked to go up and he raised his hand to answer every single question. 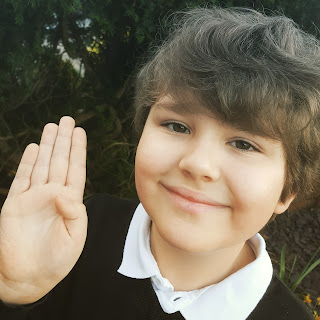 He was, of course, picked first a few times, but to keep it fair the other children were also asked, but they mostly gave wrong answers so Dan Jon was called upon to give the correct answer. Dan Jon explained that at one point the teacher told Dan Jon that the next question was just for the other children and Dan Jon had to stand there, holding in the answer because the other children didn't know (What category would Roast Chicken go under? Meat, but really he should have called it Protein Mummy!) and he feared that he looked a bit like he needed a wee!

I guess it isn't really that much of an unexpected benefit that for someone whose life revolves around having a balanced diet, with great scrutiny placed on how many carbs are being consumed, would have a greater understanding of the different categories of food, or would have a greater understanding of what makes a balanced diet.

It is, however. I mean, sure we discuss meal plans and we deliberately organise our meals so that we have two portions of fish a week, we eat meatlessly, we eat several portions of fruit and veg etc but I never realised just how much he picked up on.

I guess I'll be getting him to do the meal plans solo from now on!
Diabetes Diet Family Life Food Meal Plan School