- March 17, 2017
When Top Ender starts to take her Music GCSE next year, part of the encouraged extracurriculars is to take the ABRSM music theory exams. As preparation/catch up on this she and several of her fellow students have been attending a weekly club, where they have been studying together to better their knowledge and to prepare them for the exams.

It has been a joy seeing Top Ender concentrate on learning the one hundred or so things she needs to know as she is huddled over her worksheets and various books. We've discussed many things which my GCSE in music has given me a small understanding of, so I've, for the most part, been able to keep up with what she has been explaining. 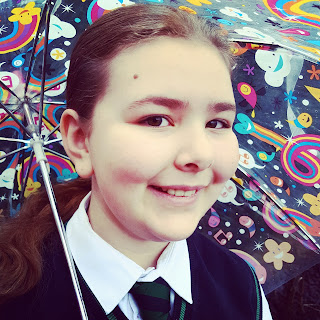 When we saw her Music Teacher at a special evening to ensure that the students and parents knew what they were getting into if they signed up for a GCSE in music, I had mentioned that I was worried about Top Ender taking a GCSE in music, because whilst looking back now I loved it, it was the hardest class I took because I had no knowledge of music other than I liked listening to it.

Top Ender's teacher was honest, which I appreciated, and told both Top Ender and me that Top Ender had the knowledge, had the ability and all she was really lacking was the same thing we already know she is lacking. To be able to push herself harder than she currently is (eg Managing to get by as an average student because of her natural smarts) and her lack of willing to work as a team.

We talked a little more about the theory side of things and Top Ender's fear of not being ready for the Grade One exam, that several of the other girls had taken. The teacher agreed that Top Ender was ready for it and that she had decided that she would give a past paper exam to Top Ender and if she passed, would start her straight on level two.

I *may* have been a little cocky when talking about this.

I *may* have said something along the lines of how I had looked over Top Ender's book and worksheets briefly at the weekend and how I had managed to get all the answers right and that it was easy.

Unfortunately for me I then had to put my money where my mouth was, as the Teacher suggested that Top Ender bring home a past paper for me to work on and that she would grade it. Knowing my reputation was at stake, and that I would never live this down if I didn't pass I agreed to take the exam. 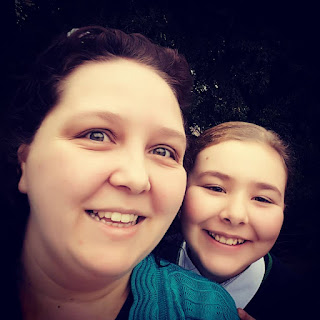 Top Ender brought it home and I duly filled it in the best I could, anxiously giving it back to Top Ender for marking the next day. All day I was on tenterhooks, wondering if I had passed, wondering if I'd got a higher score than Top Ender, wondering if Mr Phillips and Mr Wearmouth (my old music teachers) would be proud.

All day I waited, despite Top Ender having known at 8:30 am what my score was. The cheeky little beggar thought that a little bit of waiting would do me good! However, eventually, she did tell me. I'd passed, not only that I'd passed with a Merit!

Well, just. I'd still passed, though!