- March 20, 2017
Last Saturday (not the one just gone, the one before that!) morning I was ready for my scales to show a MASSIVE weight loss. Well, not my scales because I'd decided that my bathroom scales were terrible as depending on which way I peered over my bosom, I could make myself weigh a stone heavier or lighter. So as I was already picking up the shopping from Tesco, I thought I would make use of the Scales.

They had a sign on saying they were out of order. 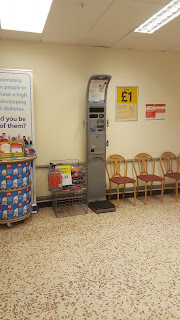 I was deflated, but not for long as I managed to persuade Flyfour to come with me to our local high street to find out if the Boots still had a set of scales too.


I stood on them and... ZERO. I had lost a big fat nothing. I was actually crushed, I'd been trying so hard and this was just a kick in the teeth from someone who eats all my favourite foods, but still manages to stay stick thin.

Flyfour fished around in his wallet, knowing his weight was measured properly on the scales in the bathroom and deciding that if the scales in Boots showed his weight wrong then we'd know it wasn't me, it was the scales. Flyfour climbed on and found that his weight (minus his clothes) was one pound less than he'd recorded that morning.

Another sharp kick in the teeth.

We did a couple of other chores that we needed to do on the high street and then went home, where I started frantically googling "Bathroom Scales good for plus size weight" and other variations along that theme.

I found a few suggestions of scales (including the ones we owned!) but nobody seemed to agree on one set of scales being particularly good. There were suggestions of one set that were close to £100 but it wasn't until I found a forum entry, a few years old that mentioned the Wii Balance Board as being the best scales they had ever had because of the built in balance aspect.

I mentioned this to Flyfour, who spent a few minutes researching if anyone had "hacked" the balance board to work with any apps and found an app that would work on an old android tablet. 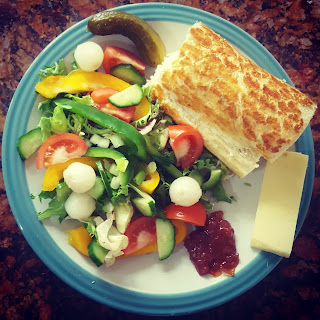 We set it all up and stood on them and yes you've guessed it I was still the same weight.

However, this was a positive. I knew now that I had some good scales that would measure me accurately and for free!

If you feel like leaving the story here, feel free. The next bit might be a bit TMI for some!

The following evening I realised that I hadn't emptied my bowels for a couple of days. Strange, but it appeared to want to soon be remedied and so it was... see told you TMI! I joked with Flyfour that I needed to weigh myself again, but stayed off the scales.

Until the next morning!

The next morning I stood on the scales and I'd lost 3.5lbs.

I was so excited. I knew that this was the good I was waiting for and so despite having no voice, feeling rough and just generally having been so depressed over the weekend, this news cheered me right up!

I have a renewed vigour that my healthier lifestyle is just a few steps away from me and that my weight issues will soon be a thing of the past.
Diet Family Life Health Weight And Fitness