- January 10, 2014
Before Christmas I had a brilliant idea of what I could get the children as their something to wear Christmas gift. Whilst trawling the internet I had found the most amazing Minecraft Creeper Hoodies, and I knew that the children would love them. The problem was, when I found the ones I was after, they were a lot more expensive than I was hoping they would be due to shipping costs.

And then somehow I came across Onesies R Us and I found that they made onesies to order, and even better than that they made Steve from Minecraft onesies. 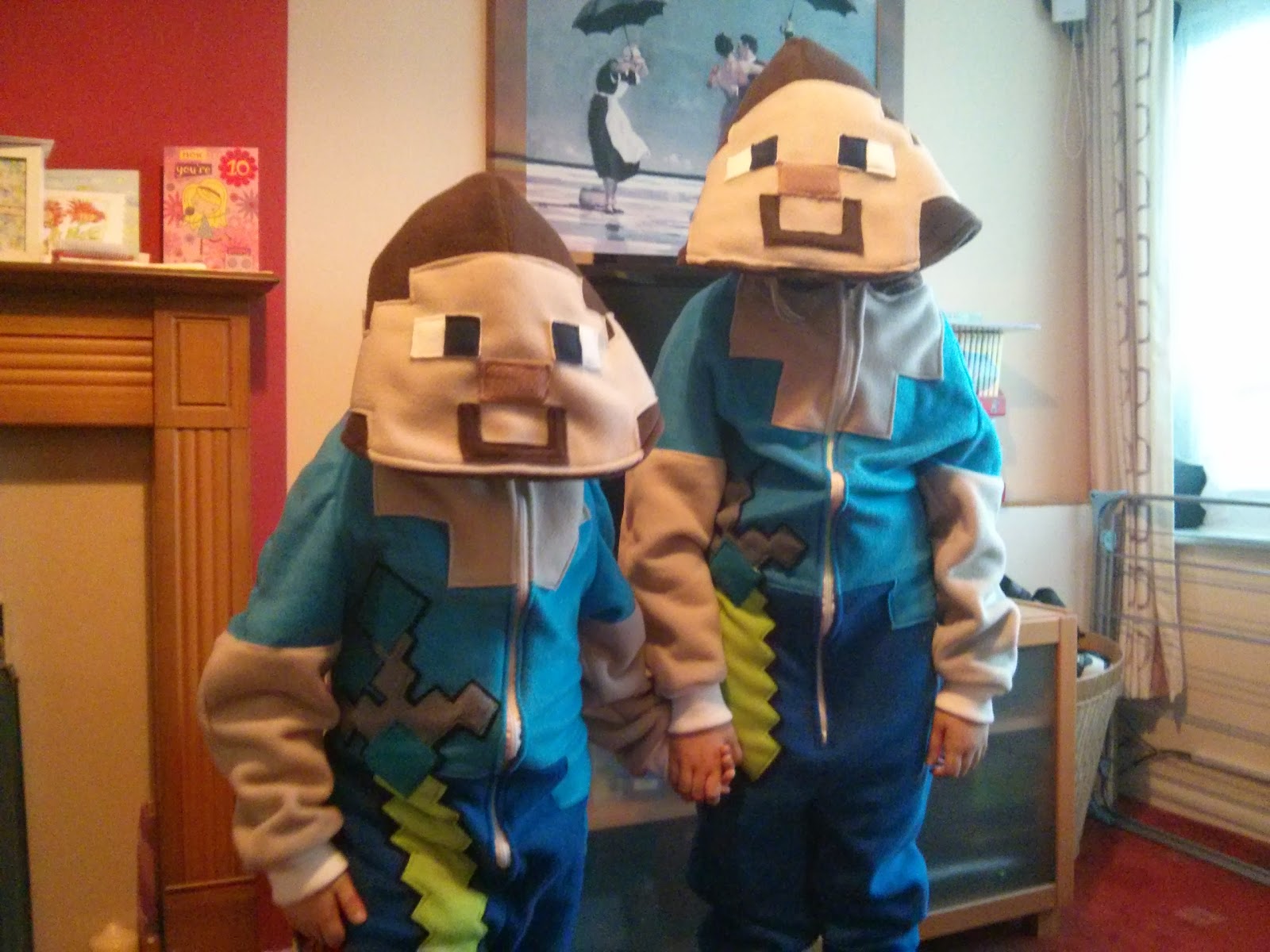 They finally arrived this week, and both Top Ender and Big Boy were thrilled with their gifts. 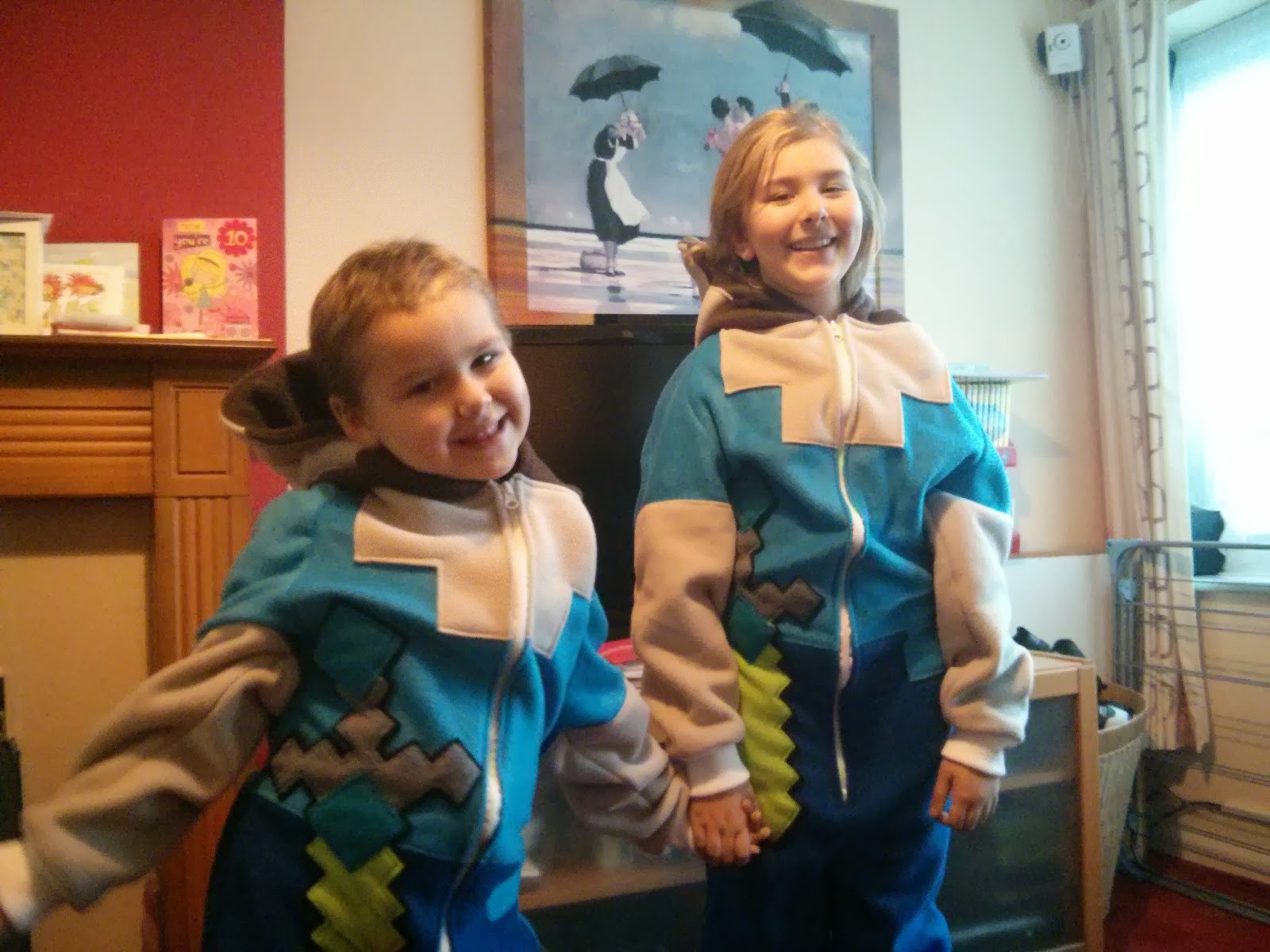 If you're looking for a gift for a Minecraft mad child (or adult) then you might want to go and get a Onesie ordered. I'm thinking I might get me an Adventure time onesie, or maybe even one to wear at BritMums live. Who knows, maybe I'll suggest they sponsor me to go to BritMums!