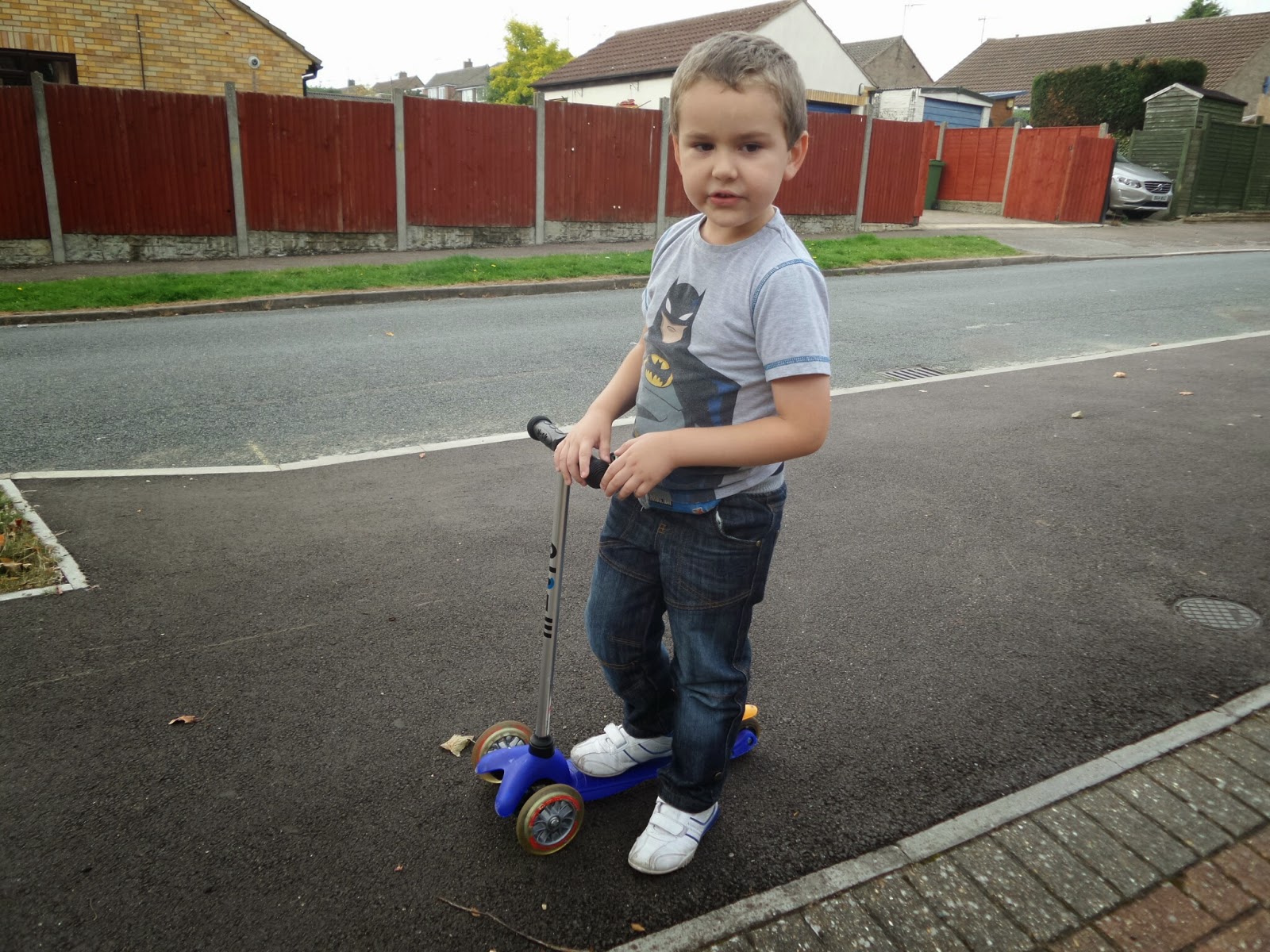 Right now it just isn't possible, I mean sure when he was popping in and out of our neighbours house and playing with the boys that lived there it was fine, because in an emergency I was ten seconds away, but his friends from School and Beavers live a few miles away and in an emergency I'm a car ride away.

That's just too far for me to know he's safe.

BB is unable to take care of his own blood testing and administering of insulin at the moment. He's tried, goodness knows how much he has tried. He just hasn't the strength to prick his own finger and get the right amount of blood on to the little testing strip. Heck, when I try to do my own blood sugar tests, I get in a pickle. I hesitate to prick my finger knowing it's going to hurt (even if just for a second), I don't squeeze enough blood out and so I have to do it again or I squeeze too much and end up covering the testing strip, the monitor and myself in blood.

Luckily I don't pass out anymore at the sight of blood.

But today I bit the bullet and explained to the parent of BB's best friend (who moved back hooray!) that BB wanted to stay at their house on his own.

And you know what? BB's best friends Mum understood perfectly and together we worked out a plan for BB to have the best of both worlds. Now we just have to keep our fingers crossed that it works.
Diabetes Family Life