- November 25, 2014
When we went to Cadbury World, as we were in Birmingham I asked if Daddy would mind if he gave us a guided tour of the German Christmas Market that is in town. Daddy had popped up a couple of times after work (well he has little else to do in the evenings!) since it was open and I figured he'd now know where all the good stalls were. Plus, as I've said at least a million times in the past, who doesn't love walking round a German Christmas Market and smelling all the various scents from different food and drink stalls? 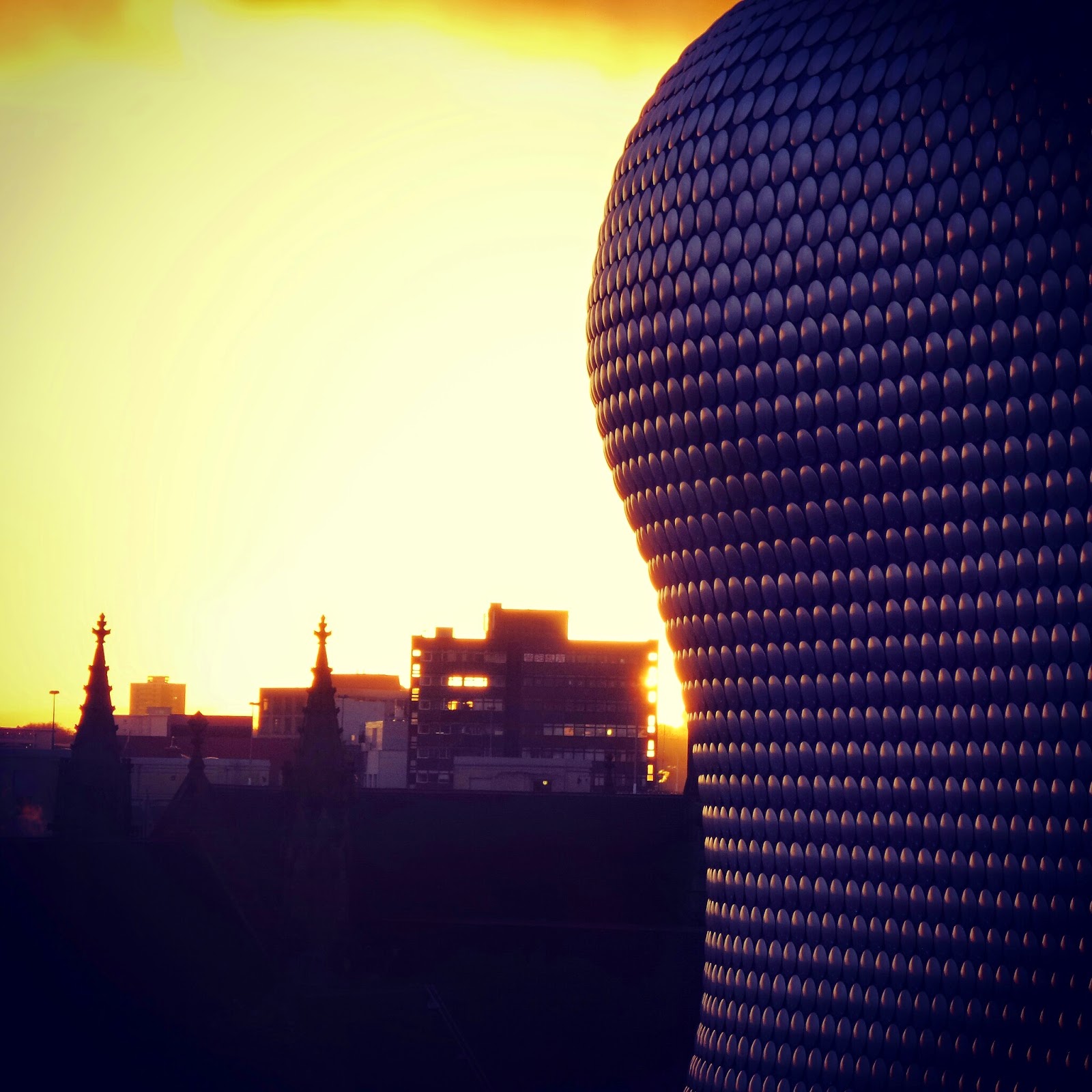 I knew we were off to a good start, when we arrived in Birmingham City Centre at Sunset and this was the view that greeted us. I know a lot of people dislike the Selfridges building, but I love it (almost as much as I love the Library) and I think that the Birmingham skyline is a pretty one. We headed up past the Bullring and to the Christmas market. 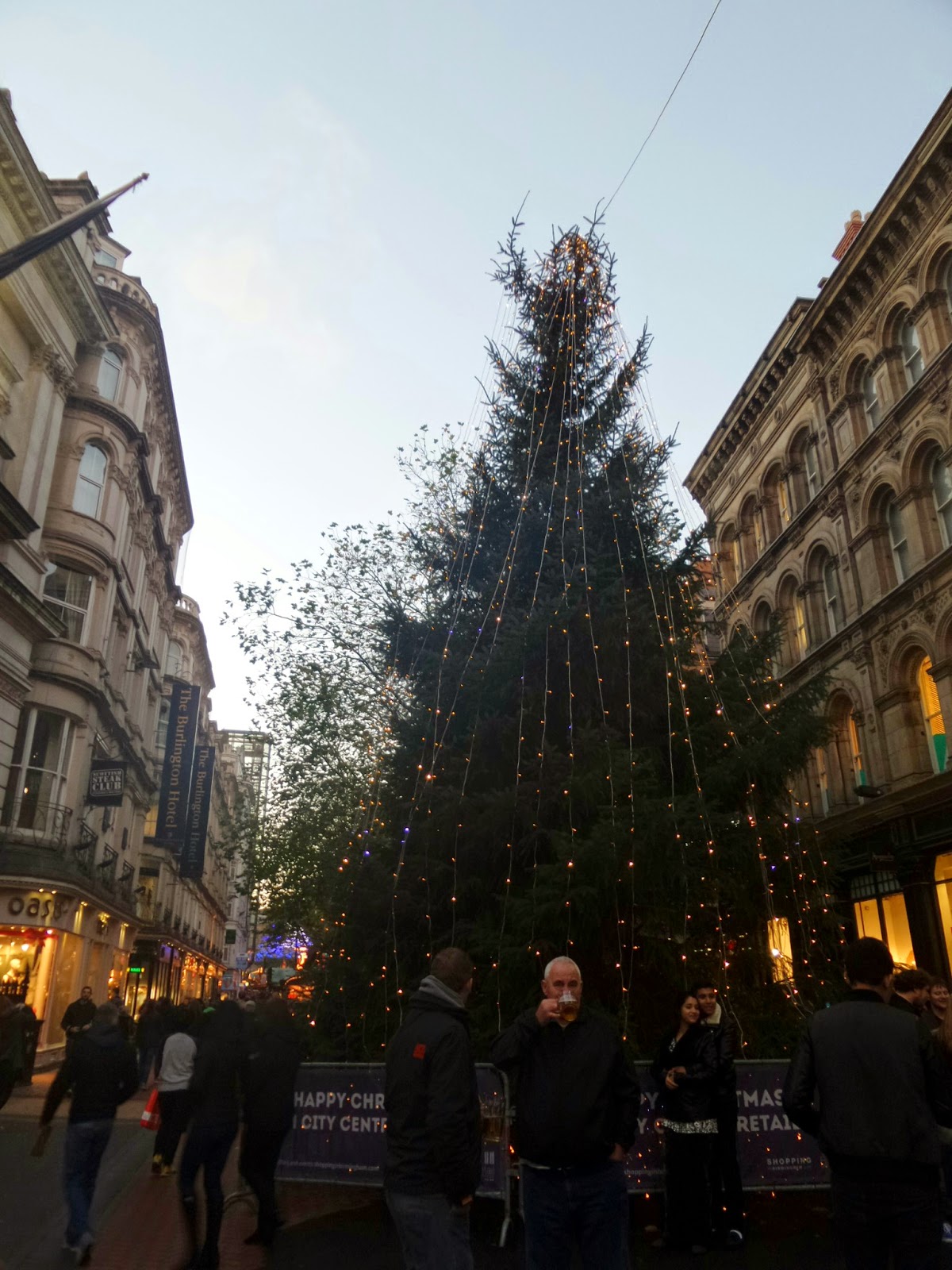 I think Birmingham has as many Christmas trees as I do. The children and I were even caught posing in front of some of them, in fact Josie had been sitting on the very same steps just a few hours before because looking at pretty Christmas trees is all kinds of awesome. 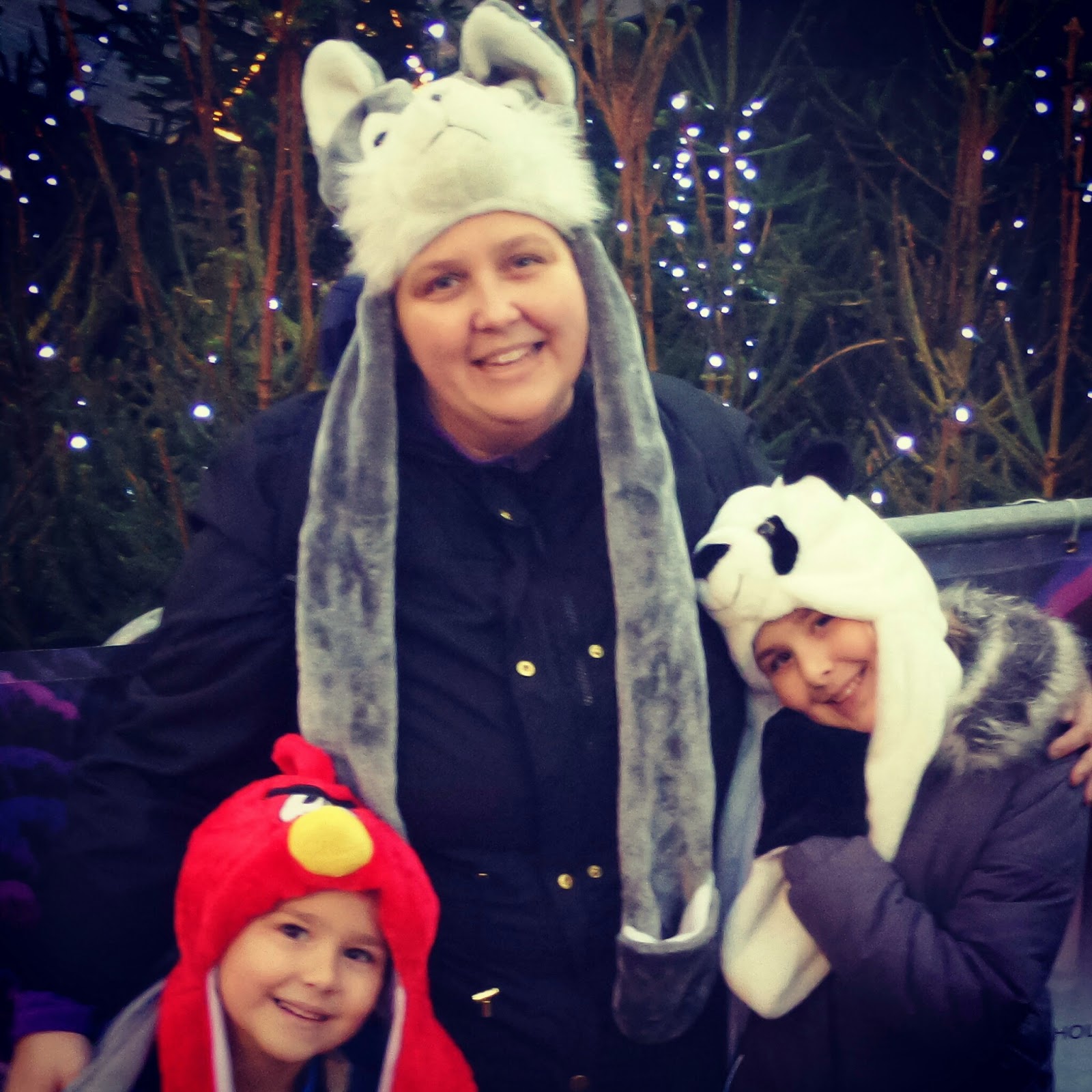 As we walked around, Daddy and I sharing some Honey Roasted Nuts (there his new favourite) and the children gasping with delight and amusement at almost every stall, it did start to feel an awful lot like Christmas. 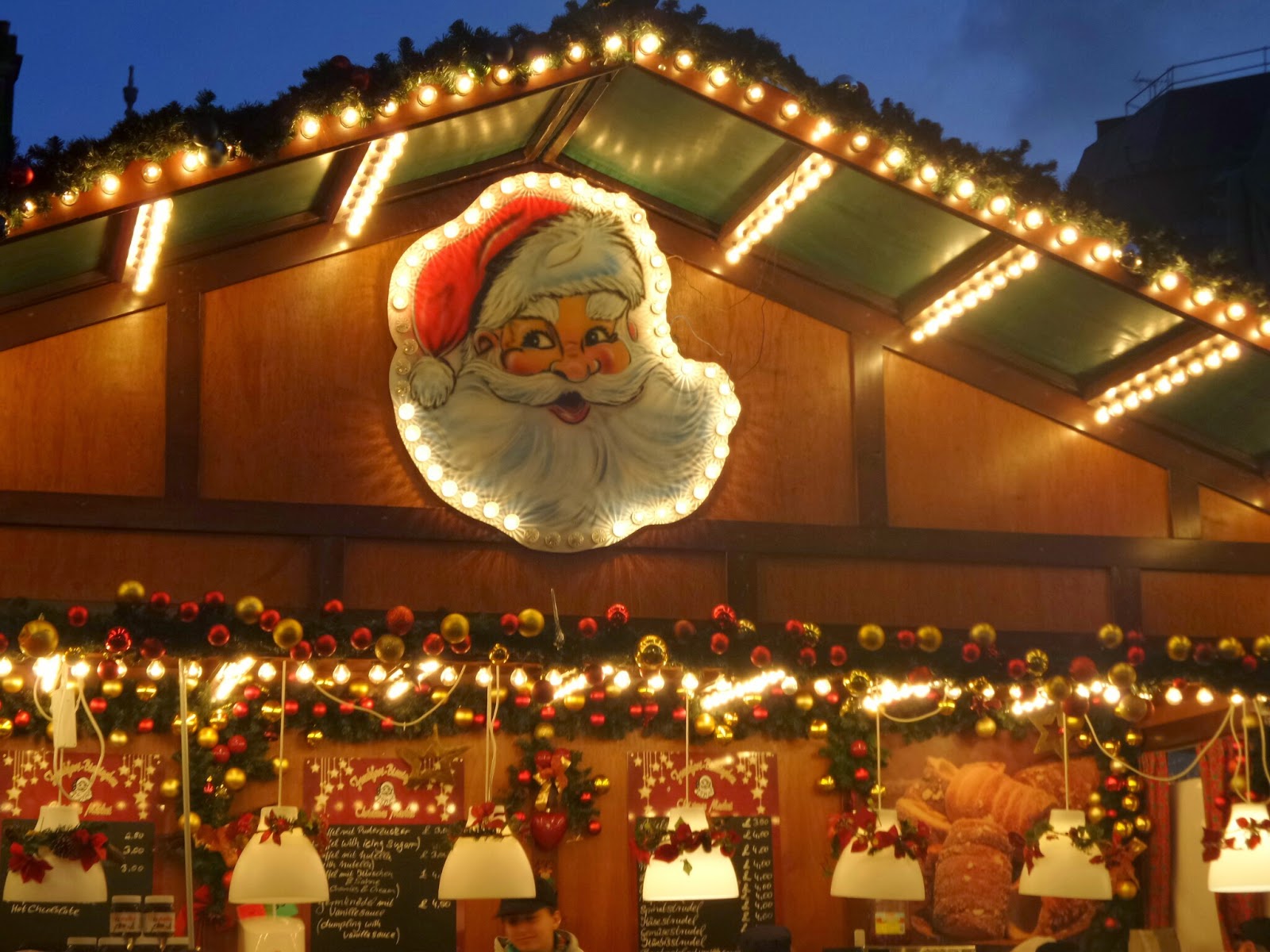 We could see Santa's beaming down at us from various stalls, the lights seemingly reflecting the excitement that even the adults were feeling as they examined various crafts and picked which hats, coats, cakes or gingerbread that they wanted to take home with them. 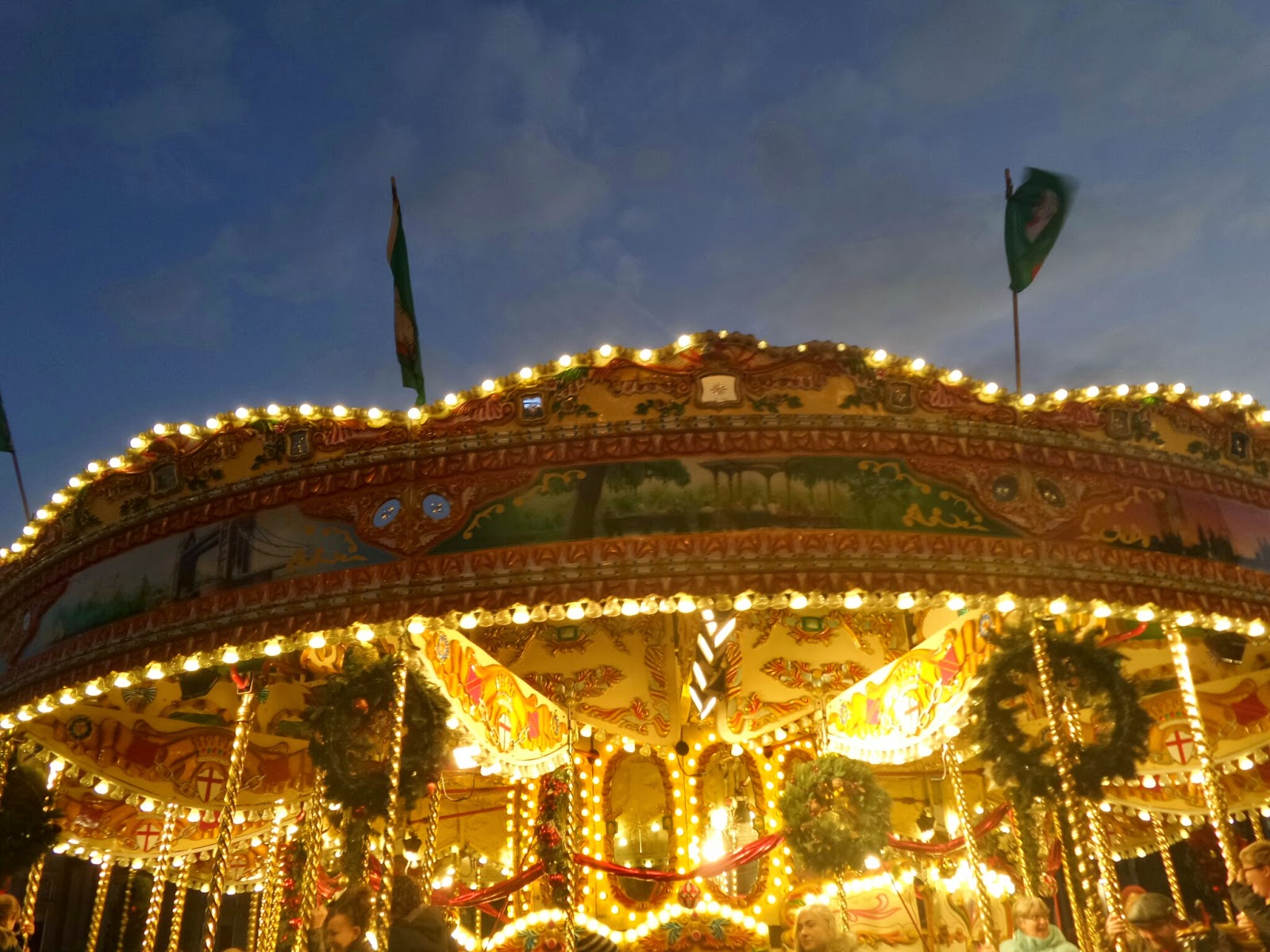 If you've never been to a German market, I feel it's important to point out that you will hear a lot glasses clinking, there was an awful lot of Beer and Glühwein drinking going on, but it blends in with the general hubbub of the crowd and street entertainers and Christmas music from the stalls and the carousel. It's odd, because there are so many people and everyone is trying to get to where they are going and yet it's beautiful and synchronised and almost everyone smiles. 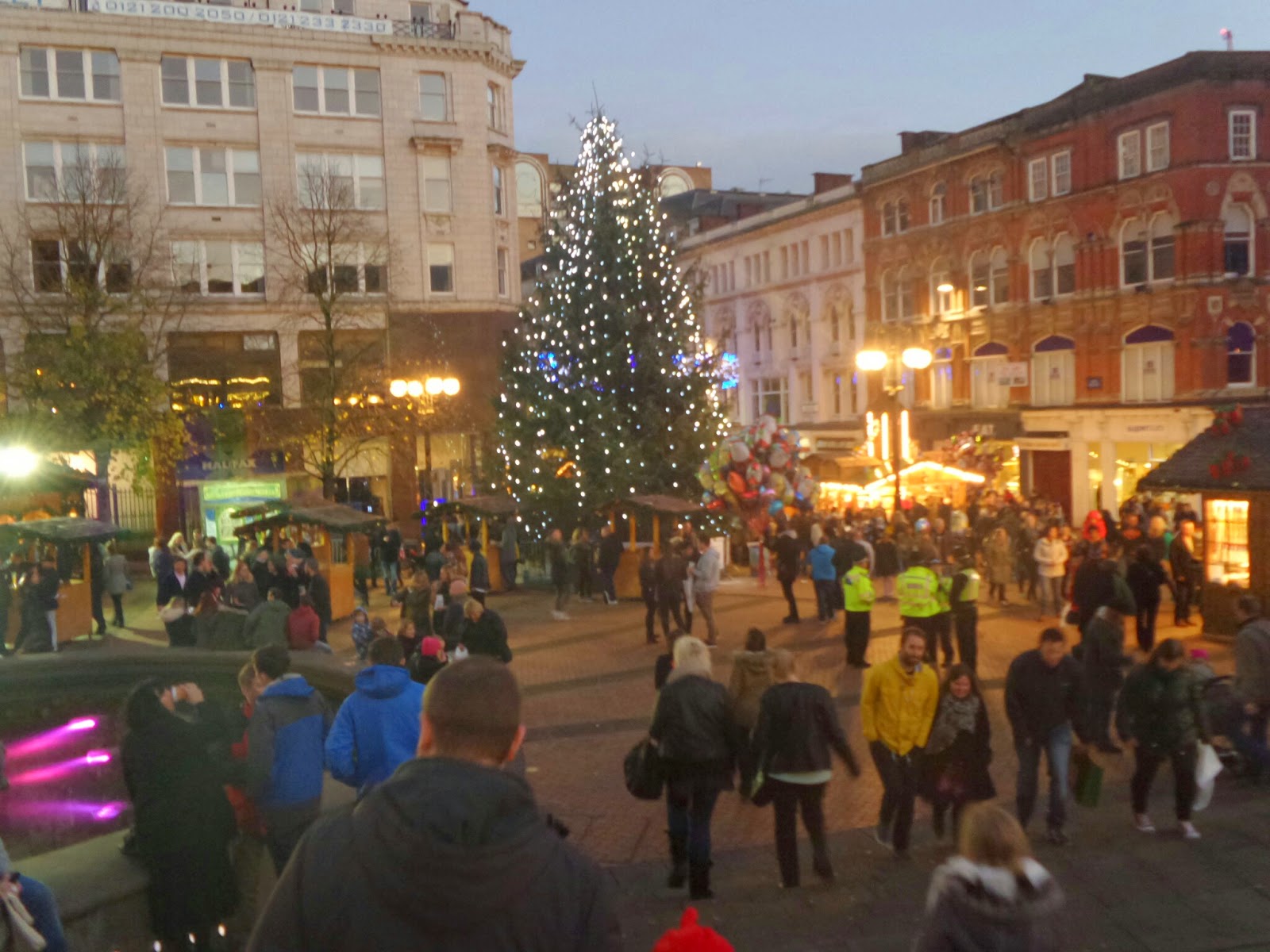 There is always magic in the air at Christmas. I'm not sure if it's the twinkle of the fairy lights that does it, or maybe that people are just in better moods because they know that soon they will be together with family and friends and eating foods that transport them back to their childhood. 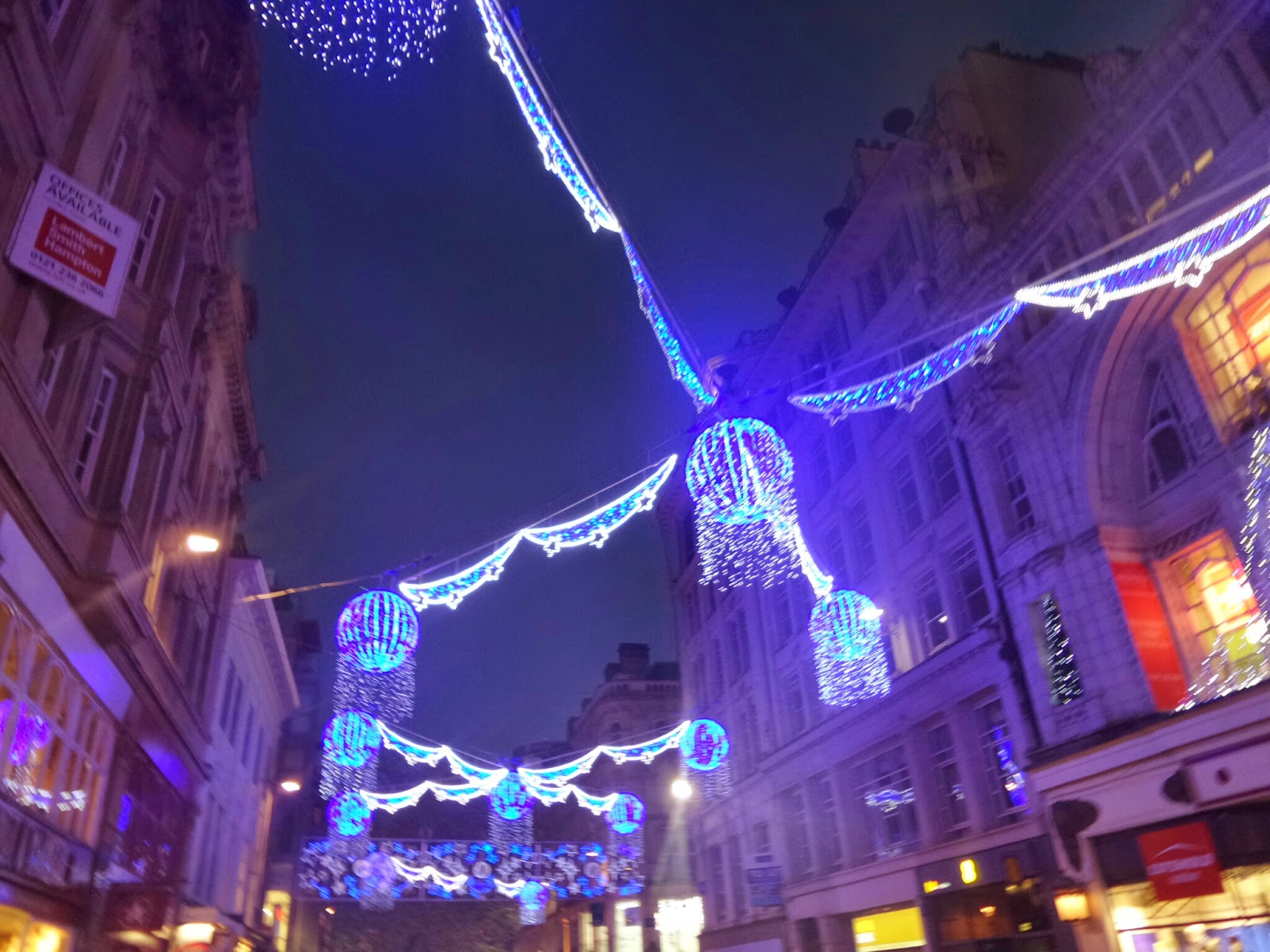 Whatever it is that makes the magic, it was there in spades in Birmingham and I'm so glad that the children , Daddy and I got to enjoy it together.
Christmas Family Life Free Days Out