- November 25, 2014
As many of my theatre review posts start out, this was a musical I knew well as a child, thanks to my Mother. I was joking with Top Ender, that every weekend there was a Doris Day film on, but I know that it wasn't as often as that, it's just the way that memories work isn't it? You filter out half the things that happened and only remember the good things, and of course watching my Mum sing along to a musical on TV was one of the good things I didn't filter out.

I thought it would be best if my Mum took Top Ender with her to the Theatre to see Calamity Jane for a couple of reasons. Firstly, if my Mum could magically instill in me a love of Musicals, then she could do the same for Top Ender. And Secondly, it's much easier if I babysit Big Boy, as I know what to do with his pump and how to work his blood test monitor... plus I can handle him when he's tired and cranky much more easily than my Mum can!

So Top Ender and my Mum went off to see it, with my Mum promising not to embarrass Top Ender by singing out loud, all the songs from the Musical.

I got a text at the interval from Top Ender.

"Let her enjoy the show. Just wear earplugs on the side she's sitting!"

"Genius idea! Why didn't I think of that?! PS The show is really good!"

In the car, on the ride back to my Mums home, Top Ender babbled almost nonstop about the costumes, the set, the music, the actors and the choreography. Eventually my Mum got a word in edgeways and said it was brilliant and that Jodie Prenger had filled Doris Day's boots admirably 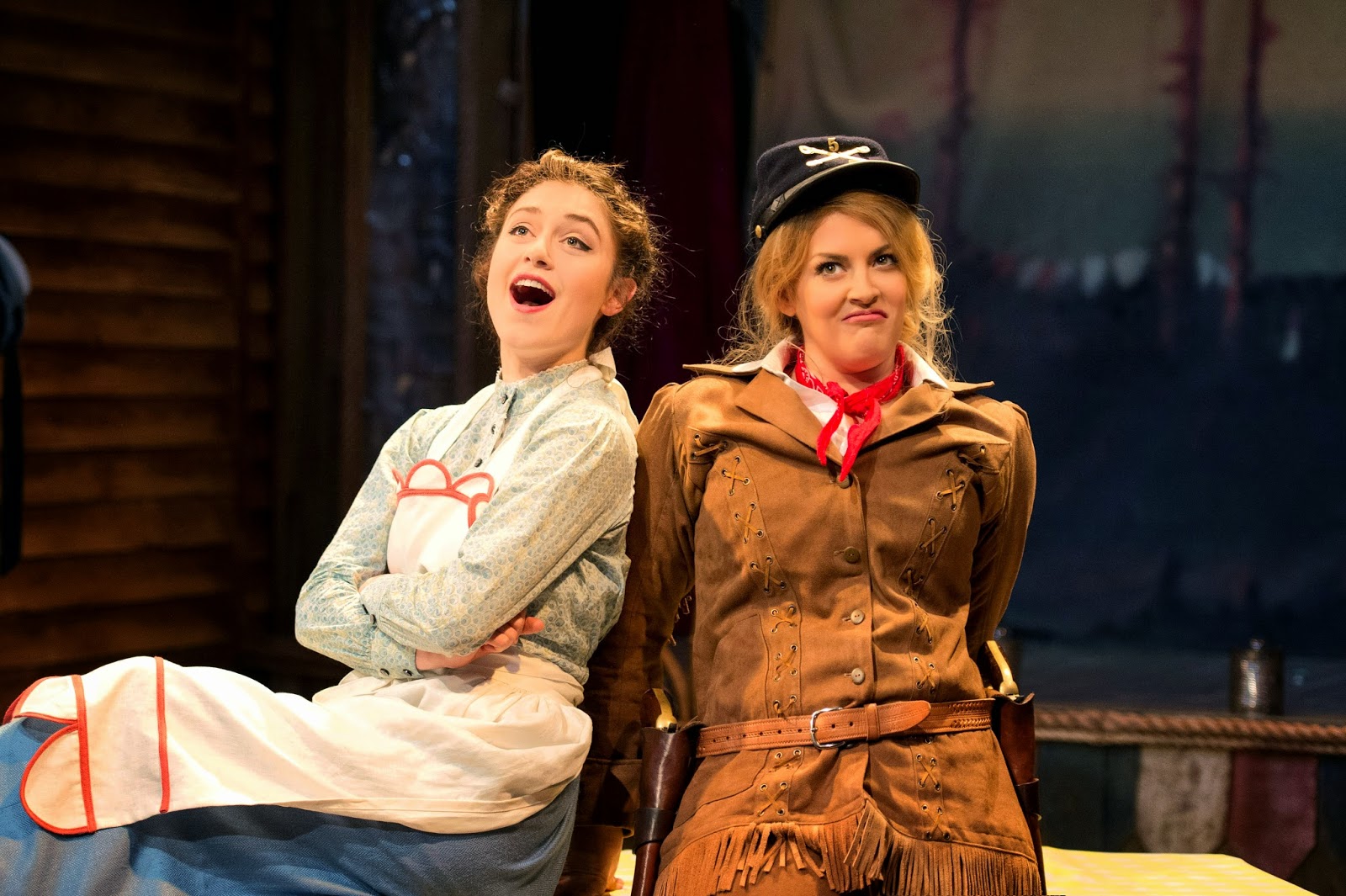 The show is at Milton Keynes until this Saturday, so if you'd like to see it you'd better get cracking!