Borrowing Books From My Daughter

- May 05, 2016
When I was younger I was called fairly often, a bookworm. It seemed that I always had my nose in a book and a lot of my memories of my childhood are linked to books. I can remember where I first read certain books, I can remember what was happening in the world or around me when I was reading certain books. Heck, I sometimes remember things that happened to me as a child only to later remember actually I just read that in a book...

I was the only one in my house that was always reading and it hasn't been a habit I've grown out of. I can easily read three or four books a week, I read almost as fast as I can speak!

When Top Ender started to show signs of following in my footsteps with regards to reading, I was delighted. I could share with her my favourite books. I could talk with her about things that I've read and things that I had noticed in other books, things that influenced me, things that I would want to influence her.

I wanted to find new books for Top Ender. Books that she would love.

Top Ender wanted to talk to someone about these books, the problem being that nobody else had read these stories (at least at the point I'd introduced her to them). Tops found online groups discussing the books that she loved, but again this wasn't the same. 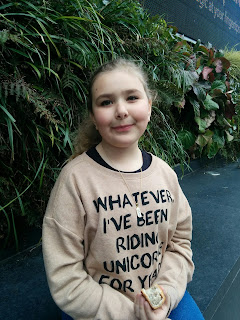 So I started borrowing books from my daughter.

I've always been a fan of youth fiction and so it wasn't too much of a hardship to read these stories so that we could discuss them. Some of them I really enjoyed, some I tolerated. However there haven't yet been any that I've hated.

And so, if you see me reading a book obviously aimed at people a good twenty years younger than myself just remember that I'm reading it for my daughter... and not just because I want to read it before it's turned into a movie or that I'm attempting to recapture my youth!

What books have you been reading and what books would you suggest that Top Ender and I read next?
Books Family Life