Watching Classic Films With The Children

- May 06, 2016
Daddy and I grew up in the eighties, this doesn't mean anything really apart from we grew up watching some of the best films ever made. I mean the list of Children's movies made in the eighties is endless. 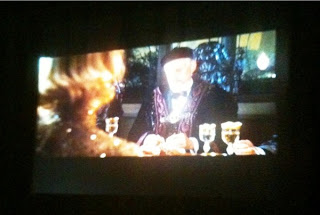 Well, okay, not endless, just extensive. Now, some of these films are films that we as society have deemed as classics and as such, every Easter, Christmas and Bank Holiday weekend will have a showing of them on one of the various TV Channels and as such the Children have seen several of them.

However, not all the films we watched as Children have made their way into the hearts of the world and as such, not all of them are shown on TV at any available opportunity.

So Daddy and I have been trying to track down our favourite films so that we can show them to the Children. Some of them we have found copies of easily, some have been on TV, some of them Netflix and Amazon have kindly added to their list of Movies. Some we have had to hunt down. We're doing it though.

We're getting all the films that we loved as Children and watching them with the Children.

We're watching them on our Family Nights or when we have a spare couple of hours that are perfect for watching films such as when the Children have been sick and off School, or when we're cuddled up on the Sofa after having got soaking wet walking home from the Park or Town.

Do you know how terrible some of these films are?!

Oh my. I have no idea why some of them are much beloved.

However, we love them for a reason and the Children are watching them with us and starting to love them too. Okay, so love might be a little strong. I guess what I should say is, they are loving the time spent with us, understanding why Daddy and I make some of the jokes we do and even understanding a little why we love the movies.

What Classic films do you want your Children to grow up watching?
Date Night Family Life Film Treat Night