Who Is Dan Jon Jr?

Don't worry if you haven't. It's just that Big Boy has gone and has been replaced by some child named Dan Jon Jr.

I've not done a sitcom thing and replaced one of my family members and just pretended that they are the same person even thought they look and sound completely different. I haven't killed Big Boy off, or worse given him away.

Dan Jon Jr is actually Big Boy. Who of course was formally known as Baby Boy.

Big Boy Sorry Dan Jon Jr has been Dan Jon Jr on the internet well Youtube, for quite some time and so we thought (okay he told me!) it was probably about time that we pulled all of his online identities together and for want of a better word "branded" him the way he wants to be branded.

So there you go, my eight year old has been listening to me way too much and has decided to get his brand on point and is using me to do it for him. Apparently I'm a cheap Social media manager! 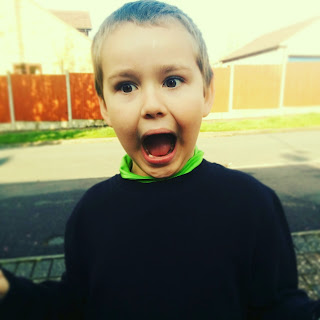