- May 07, 2016
Is it Summer yet? With all this lovely weather we've been having I've been wanting to just get out in the garden and sit there and not move until it starts getting cold again. Although saying that, I really should get out into the front garden and do a bit of weeding and general maintenance, instead of just sitting there... You know what I think I'm just going to dig everything I want to keep up and then just shingle that bit! It would give me somewhere to put the shingle currently on my driveway at least!

Anyway, you don't come here on a Saturday to find out about my garden, you come to get some food inspiration! This week we're (I'm) being cheap and so we're eating mainly out of the Store Cupboard!


When I was out with my Mum and Sister earlier this week, she gave me and my Sister a Chicken to cook (it was part of an offer) and so last night, instead of having Fish Pie, we had Chicken. I did a Lemon Butter Roast Chicken and, well to put it simply it was DELICIOUS!

Again, I know that Daddy doesn't like Fish Pie, but it is important that he too gets some fish in him and so he'll put up with me making this for him.


I had said we'd be back to normal Sausage roasts this week and so for the meal today I have purchased some Sausages.

I also will need to get some Potatoes and some veg as all we have in the freezer, is some Frozen Carrots!


I think I've said before that this is one of my favourite dishes. All I do is cook up some pasta, swish some butter through it and throw in a load of cooked Vegetables from the freezer and store cupboard.

As I had to stock up for the meal yesterday, we should have a few laying about and if not well, we'll just have to eat hot buttery pasta!


I was trying to think of something that would be lovely to eat, already in my freezer or store cupboard and most importantly tasty.

Did I say that it needed to be tasty already?

Anyway. The good things is, that after I looked in the freezer I found a frozen pizza and it's a "good" one and tasty!

Pasta is always in my cupboard, I  LOVE IT. 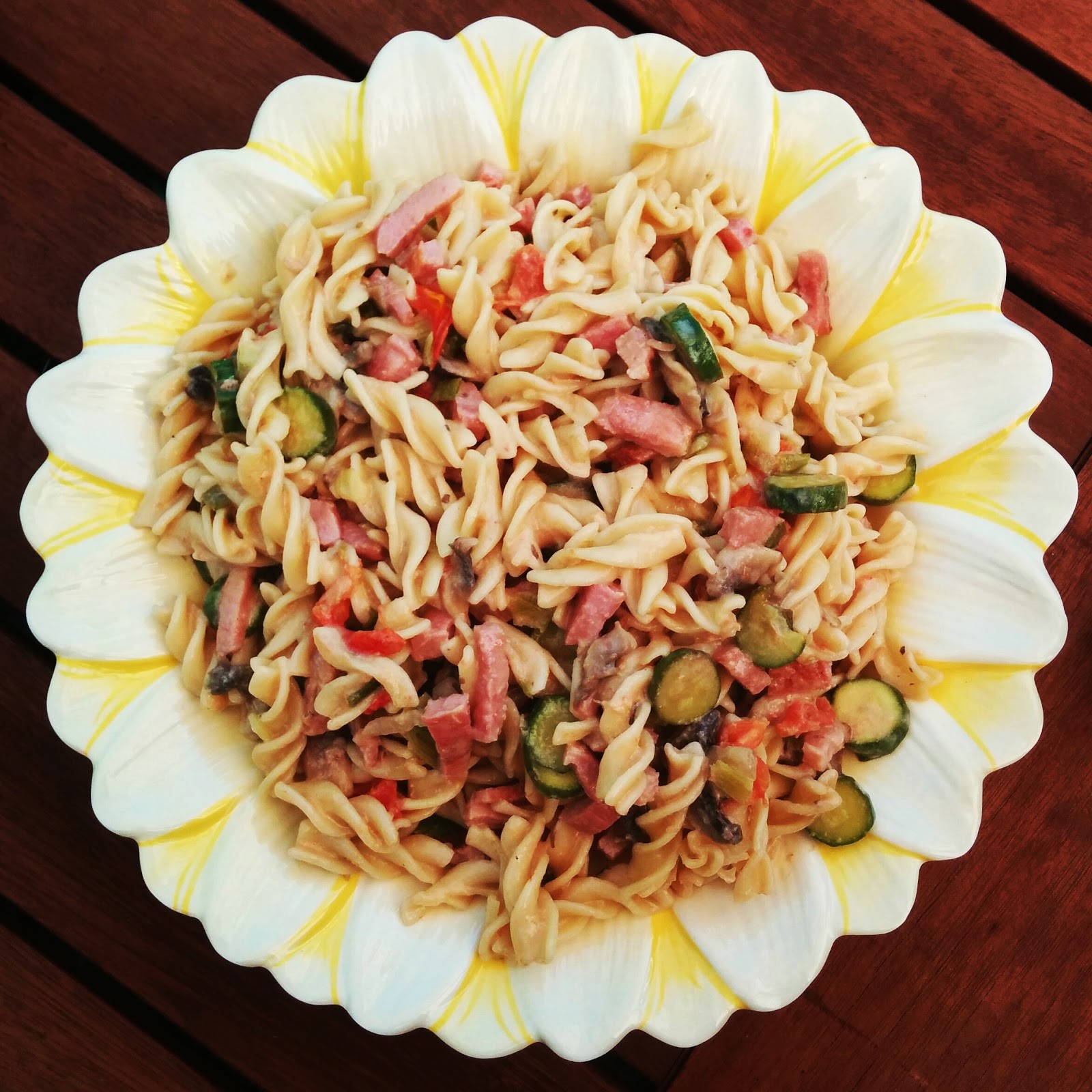 However, we try not to eat it that much any more because it messes up BB's sugars too much. The problem is I seem to forget that every time I'm at the Supermarket and so we seem to have more pasta in the cupboard than a normal family, let alone a family who tries to limit the amount of pasta that they eat!

Anyway, I'm using it up over the next few weeks okay?!


Last week, we took some sandwiches to the Cricket Pitch opposite Beavers. We also threw some apples, bottles of water, Sausages and a couple of cake type things into a bag along with a bag, some plates and napkins and had a really lovely half hour eating together before the Children went to play in the park and I sat reading a book.

Then of course, BB went to Beavers and Tops and I hung out with them being an extra couple of pairs of hands.

It was so lovely and so as long as the weather is playing ball we're going to do that again!

Friday - Take out and Popcorn


It is BB's birthday this Sunday and tonight he is taking his very best friend out for a quick meal before going with him and Tops and I to watch a movie at the Cinema (Angry Birds, was there any doubt?!).

So, fast food and Popcorn is the order of the day, but it is a birthday celebration so that's okay right?!


And that is what we are eating this week. How about you?
Family Life Food Main Meal Meal Plan