- November 13, 2017
I guess I should have known that Dan Jon Jr was excited about a trip we were making during the October Half Term before I picked him up on the last day of School. I hadn't really picked up on it, until almost every child I spoke to on the last day of term, knew where we were going and exclaimed how jealous they were of Dan Jon and even some of the teachers that don't teach Dan Jon told us to have a good time. The visit we had planned, was of course to Kidzania, a city for children run by children and we were off to visit thanks to Snazaroo Face Paints. 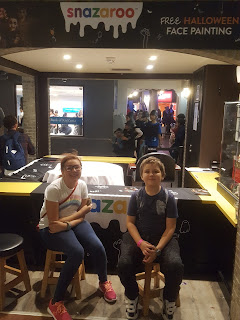 I had heard lots about the place and wasn't sure if Top Ender would want to go, she is after all, at the upper age limit of the admittance age. Top Ender said she would go just so she could be there for her brother, but I think by the end of the visit, she was enamoured enough to confirm that she had been looking forward to it (maybe not as much as her brother), that she had really enjoyed the visit and was up for us booking another visit in the very near future...


The idea that I liked most about Kidzania, is that they make it seem like you are really leaving the country to visit another country. 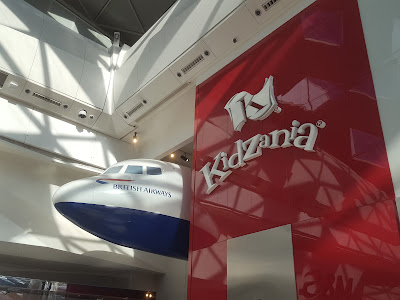 You go to an Airport, through Check-in and Security and all of the adults are dressed in costumes appropriate to the role they are playing. Everything has been thought of. There are metal benches like you would find in Airports, Baggage allowance scales, barrier belts directing the flow of the visitors, desks with computers and barcode scanners and even the tickets that you purchase in advance look like Plane Tickets. 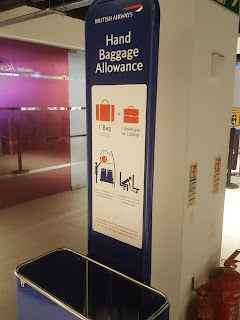 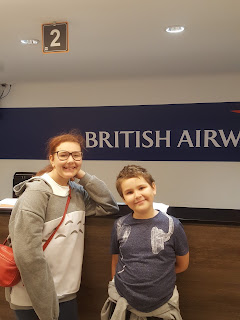 The children received 50 kidZos each, before entering the country, which Dan Jon was very pleased about as you can see below. Top Tip, make sure you take something you can put the money in if you visit KidZania in the future! Both my two had a wallet to put their cash in, but there were neck pouches available to buy in the "Airport" if you forget. 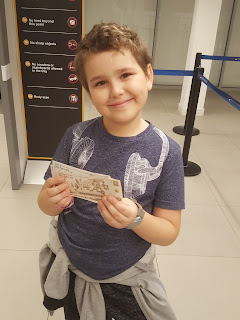 The other thing that you are giving at the Check-in desk is a security RFID bracelet. This is a handy thing that means that A they know where you are when you check in at different jobs (so parents can easily search using theirs for their children on a computer in the jobcentre) and B to ensure that all children can only exit with the adult that checked them in. 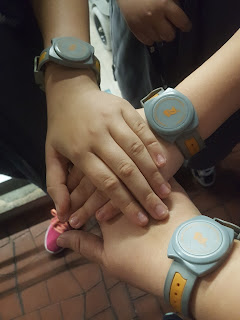 The place is a little overwhelming. there are people EVERYWHERE and as there is no natural light it took a little while for my eyes to adjust when we were on the upper level, the lower level seemed a lot lighter. Top Ender believes it is something to do with the number of street lights on the lower level, I have no idea!

There are a variety of jobs that you can do in KidZania. Some of them cost kidZos to take part in (those with food and the more "popular" activities) whilst others pay you for the work you do. Dan Jon and Top Ender had picked a few activities that they would like to do before we had gone (thanks to hours of looking over the website and reading about the different jobs they could try out).

We had planned to have a quick walk around KidZania, but when we went upstairs and saw a very short queue for one of the activities that the children wanted to do, we knew we had to go for it! The children were soon climbing through vents and fixing the air conditioning. 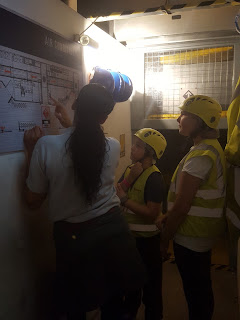 They then headed off to make Smoothies, asking Parents to try them out and to work out what fruits had been used and where they were from. 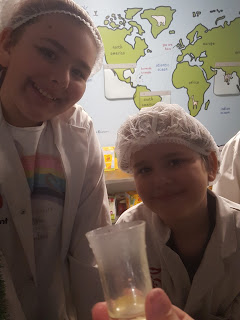 Before heading over to make a cereal bar... 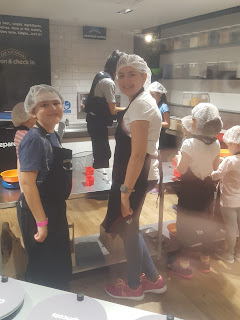 And then heading off to be a Pilot and then hanging out at the Disco for a spot of Karaoke and some disco dancing! 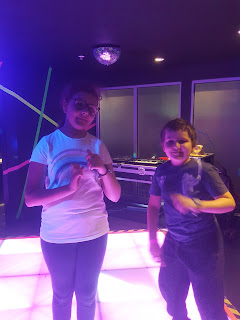 After a quick toilet stop and a refill of our water bottles, the children went off to wash windows (wonder if I can get them to do this at home now) and we decided that we head downstairs to see what else was going on. 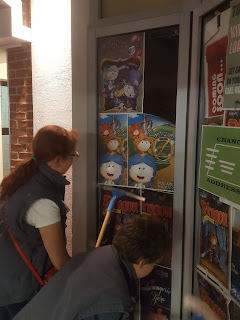 We headed downstairs where Top Ender and Dan Jon were medical couriers and had to take a parcel to the Hospital. 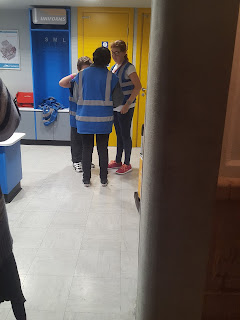 They were then employees in the Vault, learning how to spot fake kidZos before running around the city to collect and deliver kidZos to the various spots around the city. 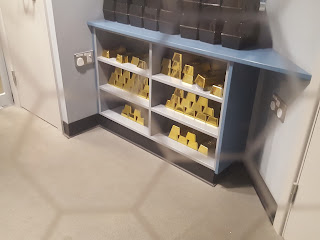 We had enough time left of our four hours to learn how to be a Housekeepers in the Hotel Dorset. Top Ender and Dan Jon loved that they were able to clean up the room quicker than expected (the receptionist was very surprised at the speed they worked at, I guess the years of cleaning up their bedrooms has rubbed off on them) and that after they had tidied up they were able to mess the room up for the next group of Housekeepers!

Our last stop was to the Bank, where the children deposited their hard-earned kidZos and opened a bank account with a debit card! 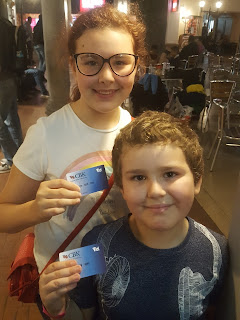 The children were thrilled with this and immediately went to the cash machine just outside of the bank in order to see how much money they had in their accounts. Seriously kids! You just opened the bank account! You know how much is in there!

We had read on the website, that you should think of between four and six things you would like to do during your four hours at KidZania. Working it out now, the children did a total of eleven things (if you include the time spent at the Bank opening an account and the face painting by Snazaroo) which is almost three times the minimum they say you can get through. We spoke with a few other parents whilst we were there who came into KidZania at roughly the same time as us, and they had only managed two or three activities and thought us very lucky that we had achieved so much.

I'm not sure this was down to luck, but more a case of looking to see what order to do things in. The longest we queued was to be a Pilot, but having each other to chat with (and the others in the queue that we befriended) helped to pass the time quickly. With that being said, there is a lot of waiting about and I saw several parents sitting reading books, but I thought it far too exciting to not actually be following the children around!

As we headed out, you pass through a photo centre, where all the photos the official photographers have taken are shown. They are expensive, but there were two of the children wearing Pilots Uniform that I had to buy as I knew that Flyfour would love them. After we left, we met up with Flyfour and the children couldn't stop talking about KidZania all the way through dinner and all the way home.

We will be back, we just need to work out when!

We received tickets to visit KidZania from Snazaroo, but all opinions are my own. We honestly found it an amazing place to visit and we love Snazaroo Face paints and use them a lot at home!
Chores Family Life Paid Day Out Review Treat Night