April's Holiday In A Day

- May 28, 2018
Each month, we are trying to spend one day together as a family. It can be as simple as Orienteering, a whole day out at the seaside, an act of service as a family or as complicated as organising a whole itinerary of a day for us to follow! April, saw us visiting the "We the Curious", a science centre in Bristol. 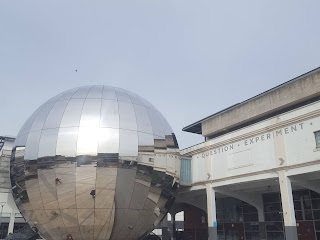 The whole place was AMAZING. Everyone else had been before (back when it was called @Bristol), but this was my first time and I couldn't get over how interactive it was, how accessible it was and how everyone young or old learnt something or was able to join in with the fun.


The Science Centre thinks of everything and lets you try everything. Seriously, we held metal bars in our teeth, built a sand city and let it rain and flood, filmed a weather report, played with gravity, played with water, froze things, melted things, measured our heartbeats (and proved I really can slow my heart beat right down!), showed off our reaction times, built a person, played with sand, drew cartoons... 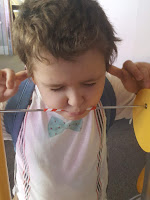 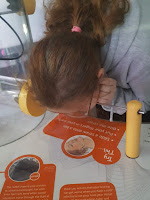 We really could have spent all day there, but this was a holiday in a day and so after we had spent a few hours at the science centre, we had a picnic lunch outside the Science centre and making use of the solar power USB charging tree before heading off to Weston-super-Mare. 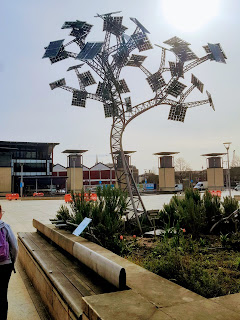 After a walk along the beach and a quick play on some of the penny arcade games, we walked along the pier, had a go on the Bumper Cars, watched an indoor roller coaster, posed for photos and all the other usual things you do at the Beach! We even got some chips and sat eating them looking out to sea. 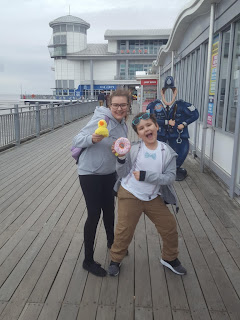 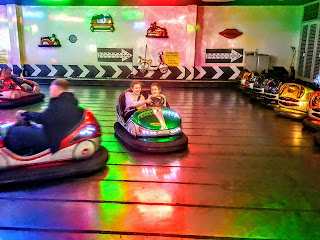 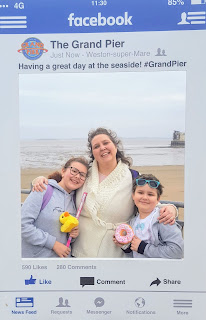 The best part was when my Mormon-dar was going off as we left Weston-super-Mare and saw a group of young women walking down the street, just as we were driving past the almost beachfront chapel. Flyfour didn't think they were Church members, but I just knew they were. And sure enough, they walked down the path to the Chapel, heading into the building.

As we headed home, we realised that our route would take us past the Uffington White Horse and seeing as the evenings are so light, it would make so much sense to stop and go see this prehistoric chalk hill figure right?!

In the distance, we could see a faint squiggle on a hill and I told Flyfour, I was pretty sure that was it... but because we're used to big chalk figures on hills (we get to see the Chalk Lion at Whipsnade Zoo almost every day because of the route Flyfour takes to work and when I go visit with my Mum) we thought, Nah.

Until we got there and well, it was. 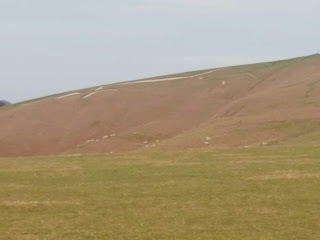 It was still cool to see it though!

It was a rather fabulous day out.
Family Life Free Days Out Paid Day Out Seaside