- May 19, 2018
Last week came and went so quickly! Sometimes I love that life seems to speed by as it makes me think I have things under control if I've done most of the jobs I need to do by the time I've sat down to make the meal plan for the following week. 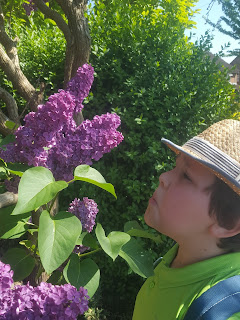 One of my friends asked if I would mind looking after their daughter for the weekend. I excitedly said Yes, knowing that Dan Jon and my friend's daughter are good friends and knowing that Top Ender wouldn't be here for most of the weekend as she is out on her DOE expedition trial run.

My plan is to carb them up and then let them run around a bit before sending them off to bed. It'll work right?

Sunday - Chicken and Salad with Rice


It's supposed to be nice and warm on Sunday, so I thought a nice simple meal would be best as it wouldn't take long to prepare and wouldn't cause anyone any stress. Just as long as nobody asks me to reheat the rice tomorrow we'll all be fine.

I also thought that Top Ender would appreciate an easy but tasty meal after having survived the weekend on packet noodles!


Poor old Tops, she gets back from her expedition and then has to go to School the next day, with an after-school rehearsal for a concert the next night. Anyone would think we were trying to wear the girl out!


My poor family will hate me, well apart from Flyfour as he'll read this ahead of time! I'm making Bacon surprise pasta, the surprise is that there is also fish in the dish. They'll eat it but hate me for it being a surprise!


I'm after some ideas, I know I'm going to have Pesto and Mushrooms, but I have no idea what everyone else will want. I think they'll all choose cheese!


I have a waffle maker and I'm not afraid to use it! Basically, my idea is to whip up a mash of veggies (Carrots, potato, spinach, Onion etc) mix it with a little cheese, a little egg and a little whatever else I need. Possibly a little flour or milk, I don't know.

Anyway, they'll be waffle shaped so nobody will realise until it is too late the evil thing I have done. (Got the children to eat even more veggies than normal!)


I thought that slow-cooked ribs and southern fries sounded nice.