The Very Not Good Day

- May 04, 2018
During the Easter Break, I had a Doctors appointment planned. It was just because of an earache (which I've had since before Christmas) but I didn't really want to take the children with me because

Doctors Surgery + Children + Germs = Me being a Sick Nurse.

So I asked if they would mind staying at home and looking after each other, which of course they readily agreed to as unsupervised time is a rare treat for them. After my very short Dr's appointment, I decided to pop into a local supermarket and pick up some lettuce to jazz up some wraps for lunch and some doughnuts too, because who doesn't like doughnuts? 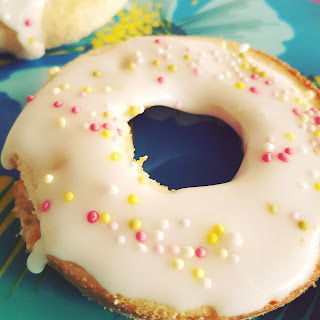 That was going to be a problem.

I was just about to call someone when my phone died.

I realised that I was going to have to walk home, as there were plenty of warning signs saying that if I left the car park with my car without paying I would be subject to a £90 fine and I really didn't want a £90 fine.

I started walking the mile or so home and it was then it started raining.

I was so glad that I had taken a coat with me, but was panicking that I'd been ages and the children were going to be worried about me.

Eventually, I made it home, Wet, cold and tired.

The children hadn't even noticed I'd not made it home in the time frame I'd given them!

Half as a punishment for not noticing I wasn't there and half I thought we could all do with some exercise, the children and I grabbed my wallet and walked back down to town to collect my car, before driving home to have a late lunch.

It was an amusing (and luckily not expensive) day and one that I know will provide the children with plenty of fodder to tease me with over the next few months, well until I do something even more stupid for them to tease me over.
Family Life Funny