It's been a weird summer holiday for us here, not just because it seemed to start in March when Lockdown was declared, but because it was also the first summer that I have worked in the children's' school lives, (outside of the home that is!). As I did work throughout the summer holidays, not every day but enough to make it seem like I was there every week, the start of the new school year has a new meaning to me.

It's still the time that I feel that I should be making new year resolutions, it's still a time of new beginnings and new starts and renewal of friendships but it's also a consolidation for me this year. I've seen what I've achieved in the last year and now I have a point to which I can look back to and measure my own improvement and successes against. I can see a path forward, I can see the route that my life is supposed to take, I can see how I'm growing and how I will continue to grow.

I'm ready for this year. 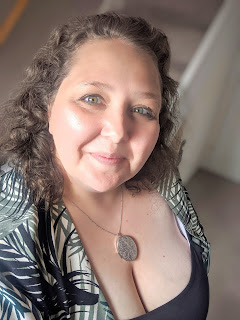 I'm nervous as heck because this year I'm not new and I should know what I am doing, no longer can I use the excuse that I'm new to beg forgiveness or to excuse me for not knowing something. I'm nervous because the path forward is hard and uphill and the things I want to change are hard and ingrained deeply. I'm nervous because I'm prepared to put myself out there and no matter what your age that is a scary prospect.

I'm not nervous about the children going back to school with the pandemic still prevalent, because I've seen first hand the safety measures that the school I work at, that Dan Jon goes to, has taken. I've spoken with the catering team, the Student Services team, the teachers, the site team, the admin staff, the cleaners, the senior leadership and know that everyone is taking the safety of the children and staff seriously.

I'm not nervous for Dan Jon and his schooling, because I know he gets it, I know he tries and as long as he is kept focused he will succeed, he will excel even because he has his passions and he has his cheerleaders and his champions and at least three other people who treat him like a son when I'm not around to be there for him. I'm not worried about his Diabetes, for a change, because we have so much in place, so many good practices and routines and opportunities for him to make the right choices that I know he is going to be able to grow in his confidence to deal with the challenges it presents.

I'm nervous because Top Ender is starting her A-Levels and after having smashed her GCSE'S it's not the work that I'm worried about. It's not even that she's at a different school or that she has to get a bus to school or walk for an hour to get there or home.

Tomorrow is the first day for both Top Ender and Dan Jon in the new school year and like many parents across the country that have seen their children go back, or are ready for them to return to education outside of the home I'm ready for the challenges this academic year will bring.